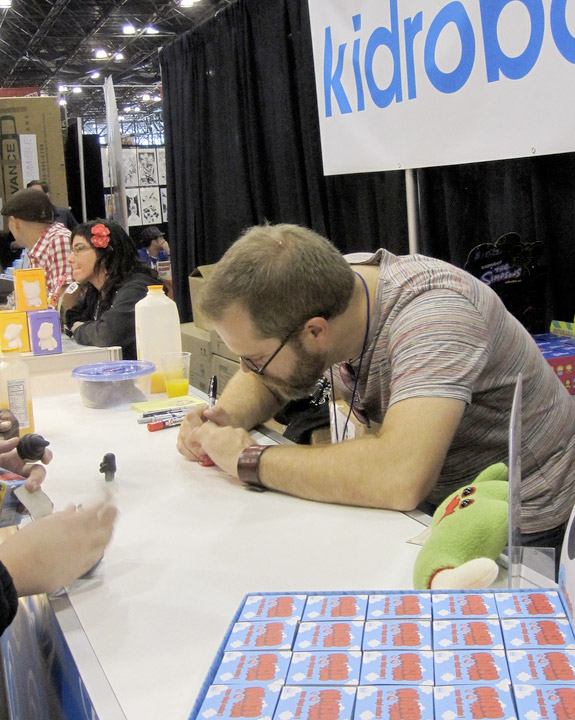 For day 3 of NYCC, Ninjatown mastermind, Shawnimals was signing and sketching for the pre-release of his newest plush, the Zombie ‘Stache. Wee Ninja made a special guest appearance taking photos with fans of all ages and encouraging everyone to channel your favorite Ninjatown character and enter the Hidden Ninja Photo-Bomb Contest. 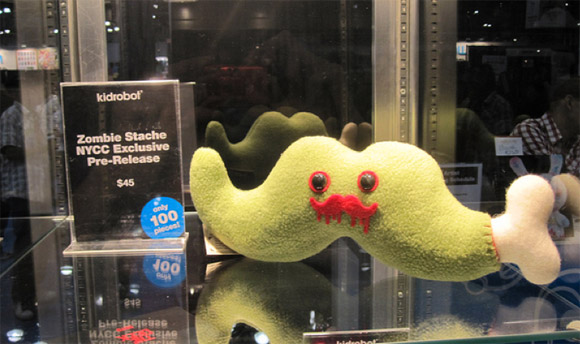 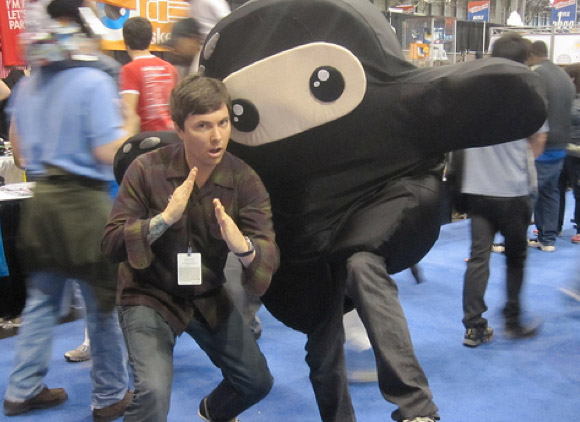 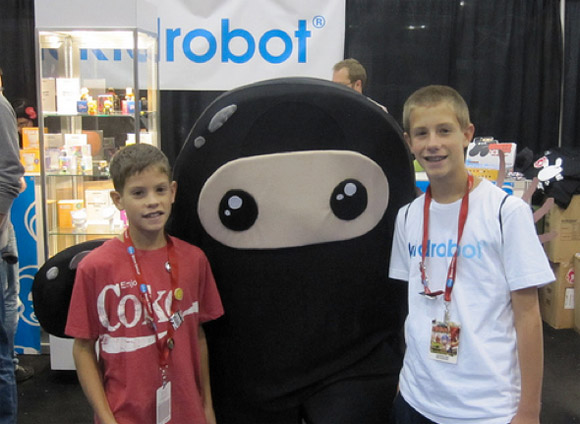 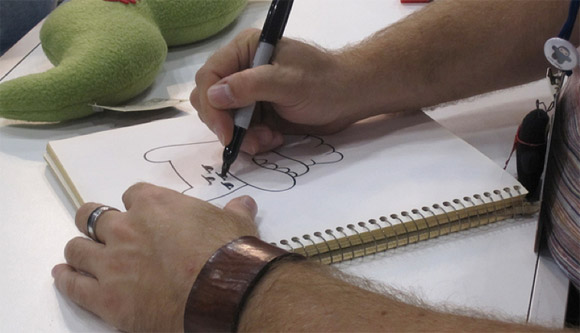