Azteca Dunny designer, Marak27 gears up for his first New York solo exhibition, Neo Indegenious, this Thursday, January 12 at Toy Tokyo Underground Gallery in NYC. Marka’s Brooklyn studio is filled with fresh new canvas paintings that will accompany the new body of prints, vinyl figures and audio installation. Here he shares a glimpse into his studio as he puts on the final touches to one of his pieces. If you’re in the New York area, be sure to check out this stunning solo show. Neo Indigenous opens this Thursday from 8-10pm and will be on view through January 28. 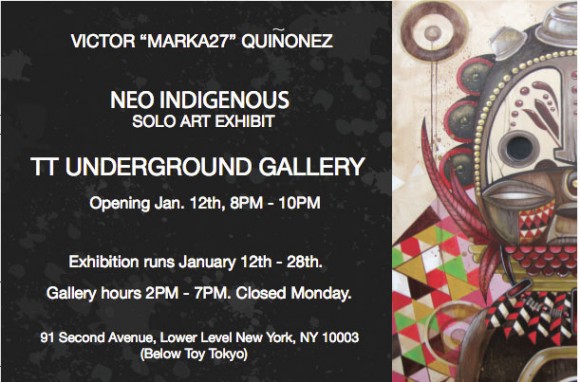 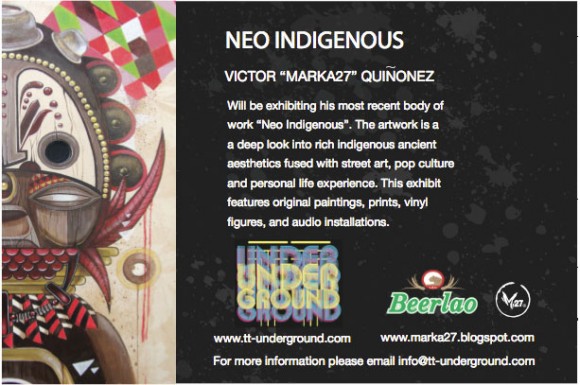