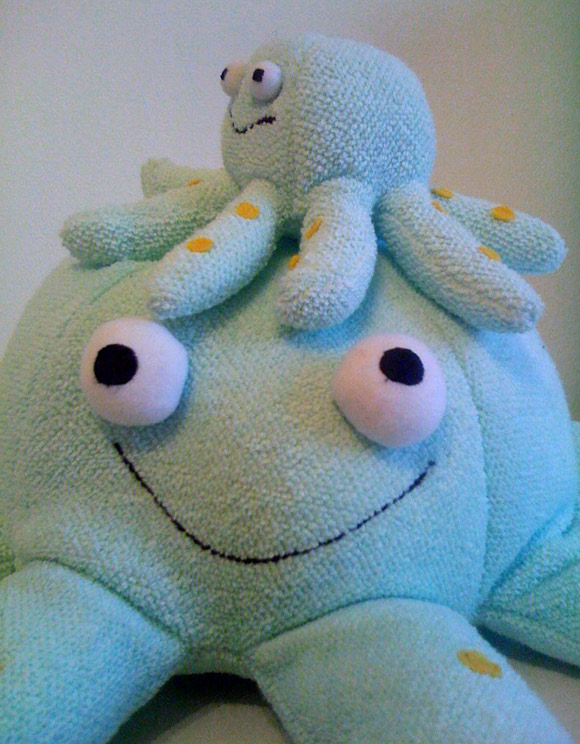 We asked Julie West: What’s your favorite toy? She replied with this 8-legged fellow:

My favorite toy is a stuffed octopus. It was ordered out of a catalog by my Aunt (in – law) and it’s meant to hang in the bathtub (with suction cups) for some bizarre reason. It also has a smaller, baby octopus sewn to its head, because I guess that is where baby octopus live? We tend to hide it around the house so we find it in unexpected places. I am not sure why, but it’s definitely developed its own personality and is one of the few things we are taking with us when we move to the US.