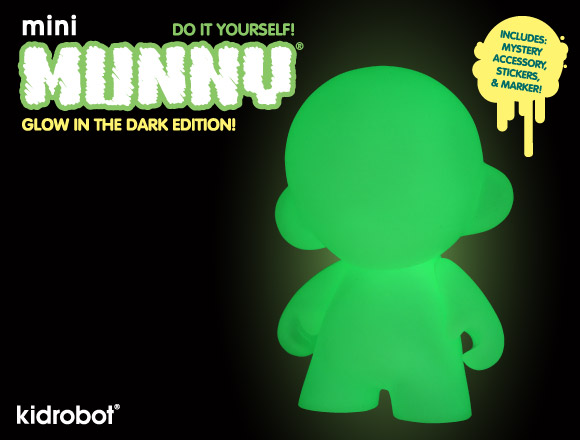 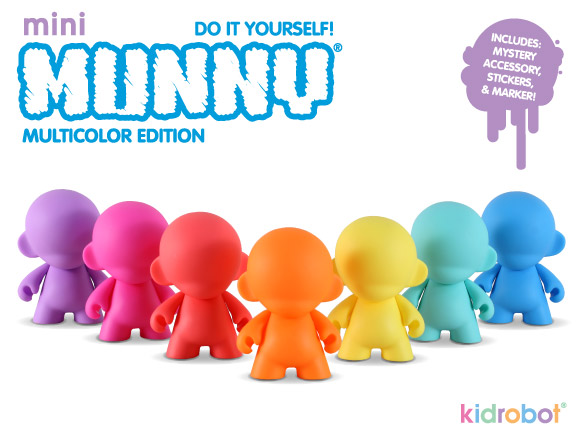 Mini MUNNY Glow in the Dark and Multicolor Editions

Explore even more possibilities with the world’s greatest do-it-yourself toy. Our miniature version of MUNNY is coming at you in two new editions: glow in the dark and a blind rainbow assortment in which you get one of eight possible colors.

As always, each 4-inch figure comes with mystery accessory, stickers, and mini marker. Retailing for $9.95, the GID and Multicolor editions is at Kidrobot stores, kidrobot.com, and select retailers. 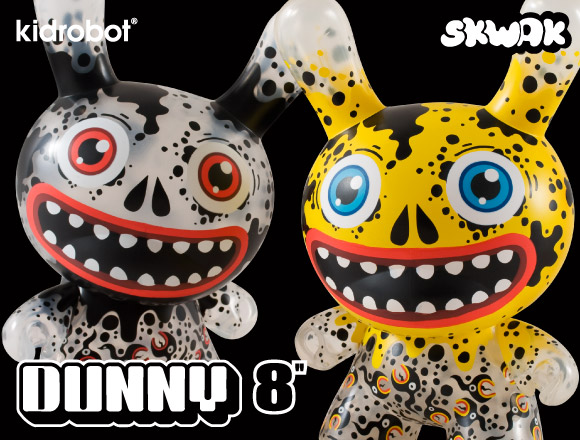 Strike it rich with these eye-popping, super limited Dunnys from French artist Skwak. Sporting a maniacal grin and clutching two cans of liquid fortune, Oil Slick Dunny is covered nearly head to toe in a healthy splattering of the crude stuff. Just don’t let him drink your milkshake. 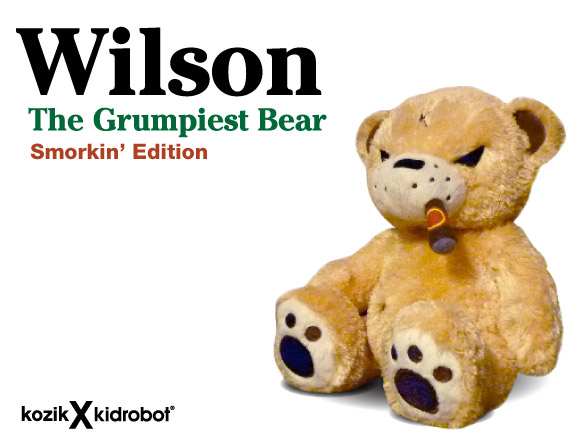 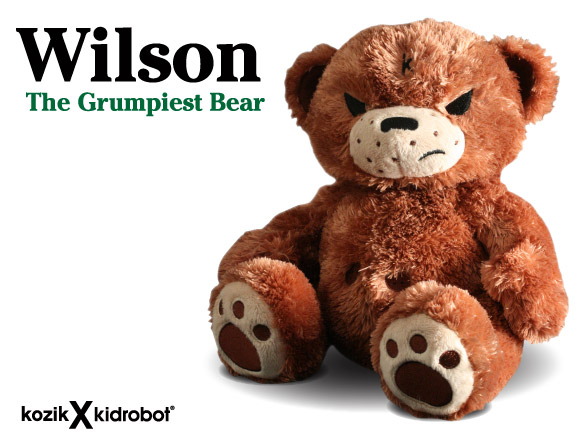 Butterflies. Puppies. Freshly baked bread. Children of all ages. There isn’t much that Wilson doesn’t dislike.

Wilson is the latest in a series of ornery plush characters called the Grumpsters, created by Frank Kozik. Retailing for $29.95 and available in smorkin’ and non-smorkin’ editions, this 8-inch grouch ambles into Kidrobot stores, kidrobot.com, and select retailers today.