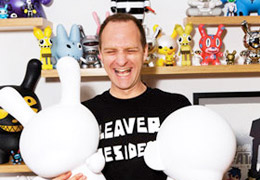 A very mean looking teddy bear has just beheaded an ill-advised visitor to his domain. All kinds of yucky white stuff is flowing from the bottom of the skinned yellow skull; angry bear looks down in satisfaction at another job well done. I’m impressed by the workmanship on the fur – it’s no small thing to cover a MUNNY in fur, and to do so seamlessly, with eyebrows no less. That axe looks darn sharp too.  1st prize for an uninhibited display of tribal brutality. 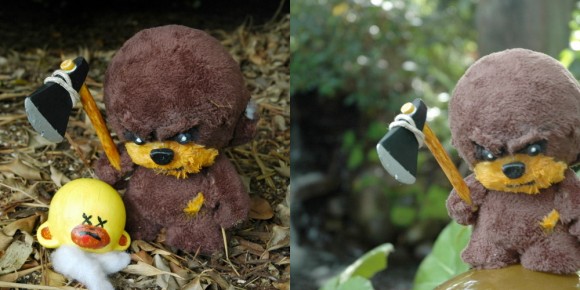 This guy has a face on the back of his head, and I have no idea what is on the front of the head, and I don’t want to know, because I’m totally terrified. Note the little scary face drawn in the “BOO”. Some people draw little hearts to dot their “i’s”, or make smiley faces out of their “o’s”. But this guy is definitely out to scare us, pure and simple. Second place for great focus. 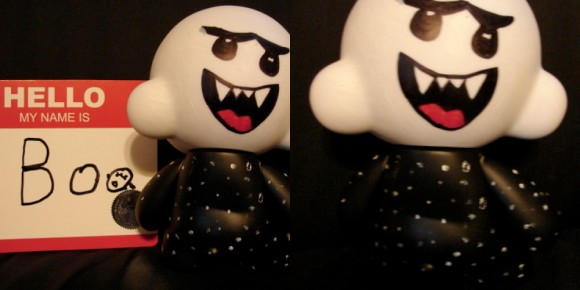 What we have here is a perfect representation of Plato’s Symposium on the creation of man and woman, in which he explains how the gods split humans in half, mixed up the parts, and then sent us out into the world, vainly looking for our missing half for the rest of our lives.  In a way, this is Plato in Play-Doh. The Teddy Bear and Ice-cream sitting to the side just add to unanswerable existential questions that surround this wonderful work of art. 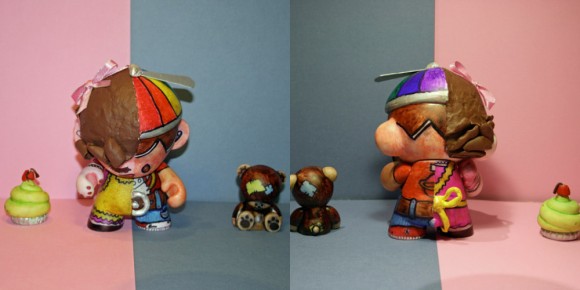 Blank faced twins stare blankly at us from a blank room. Jack’s in back with an axe. Redrum. I’m terrified! 1st prize for a brilliant conceptual art piece. 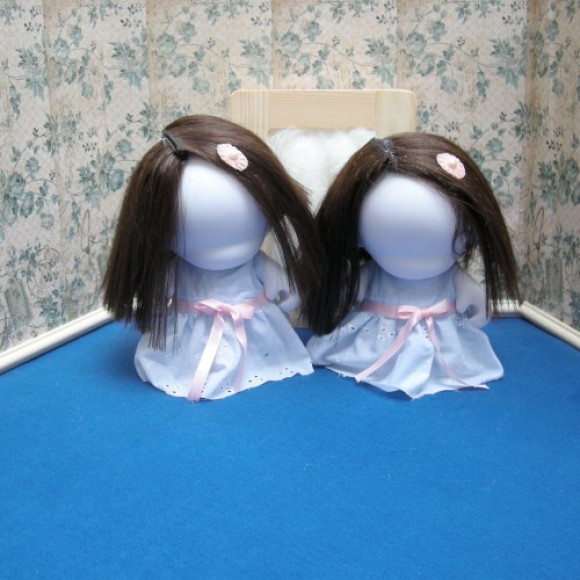 When I first looked at this toy, I couldn’t figure out where the MUNNY went. But if you look closely (and at the build photos the creator generously gave to us) you’ll notice that Rocky’s short’s are also MUNNY’s legs. Brilliant! Sly is looking a bit old and depressed, which I also approve of because I imagine this is true to life once his career went downhill after he fought Mr. T.  Furthermore, he’s just kicked the crap out of a little Teddy Bear who lies dead on the ground.  2nd prize for a well thought out original design, solid craftsmanship, and for killing the teddy bear. 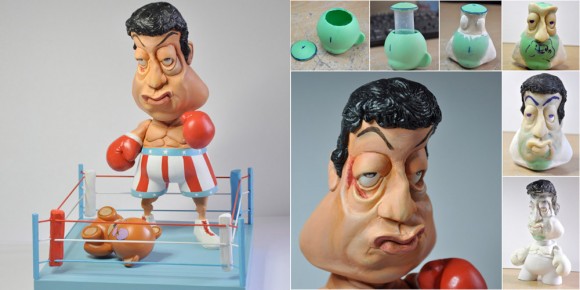 What can I say? The old guy is going up. I’m pretending I don’t see the stand that’s holding his foot up and pretending that he’s just suspended from the black balloon cord. I love the swimming pool in the background, and the fact that the artist took his pictures outside, with the sky as a background. Really great work, great presentation. 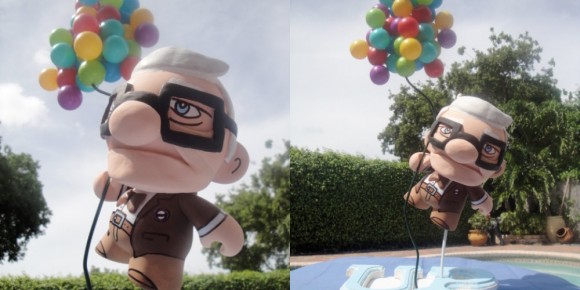 Insane sculpting. I have no idea what the hell is going on here with this Munny, but it is truly amazing. It’s kind of a cross between a Transformer mixed with an M.C. Escher painting mixed with a tag wall mixed with Marcel Duchamp’s Nude Descending a Staircase mixed with a Stormtrooper.  The appropriated references go on and on. Has the ship crashed into his brain?  Has his brain grown a ship?  It doesn’t really matter because the design is beautiful and completely unique and I love it. 1st prize! 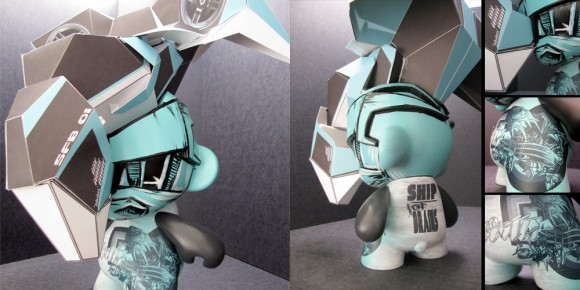 Dayak MUNNY is fantastic. That looks like real wood! He has a bird on his head that provides the feathers for the headdress. I wouldn’t want to meet this cannibal alone down the end of a dark alley at midnight because I’m sure he’d kill and eat me. Wonderful craftsmanship and excellent attitude. 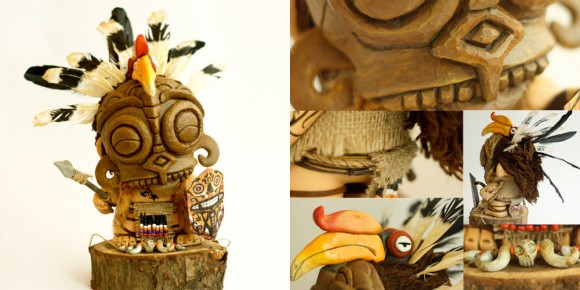 To me the reason this MUNNY’s headdress is amazing is that it’s placed on the Little Indian’s head at a cocky angle. I would never think to do that. Look again at the photo. If the headdress were put on straight this would just be another Indian – but placed at an angle, the beautifully carved featherdress turns Munindi into a PISSED OFF Little Indian. Pissed off and kind of jaunty, like all those kids with New Era hat’s you see going home to Brooklyn on the C train. I love it. Great work! 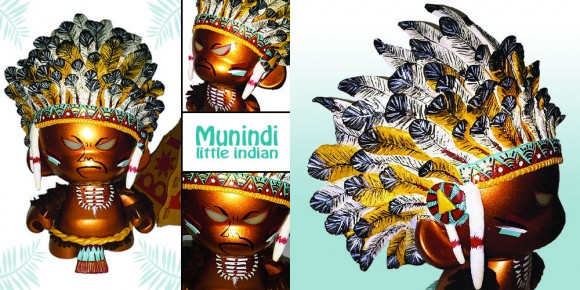