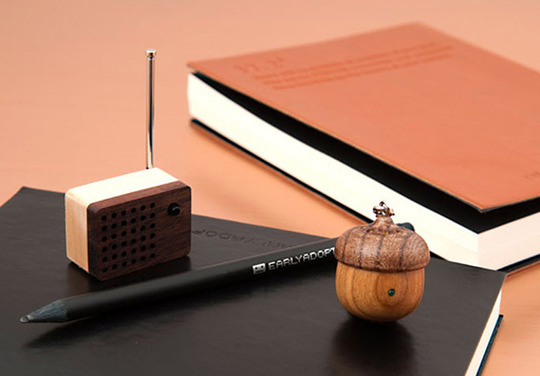 If a bunch of 3” Dunnys and BUBs and MUNNYs decided to get together to form a breakdancing crew, what do you think would be their boombox? Motz has created a tiny wooden radio for just such an occasion, or if we big people want to get some mobile tunes going. It charges via USB and can be hooked up to your iPod.