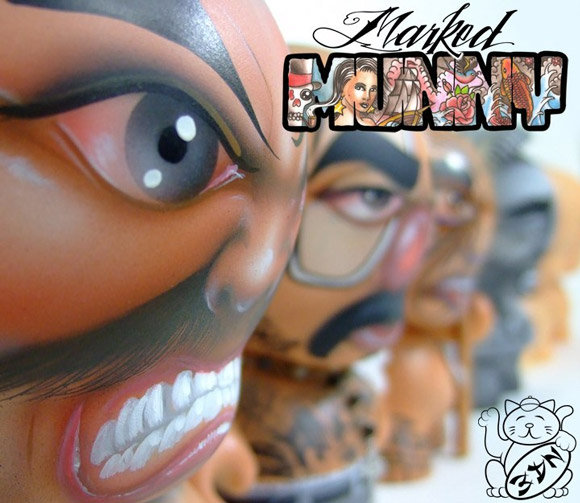 New York tattoo and airbrush artist, ZAM, has released new pictures of his tattoo inspired, Marked MUNNY series. The first couple designs were featured last week for the MUNNYWORLD Highlight contest. He has represented a broad range of tattoo traditions including tribal, gangster, sailor, old skool and Japanese styles. More of ZAM’s art work can be seen on his website. 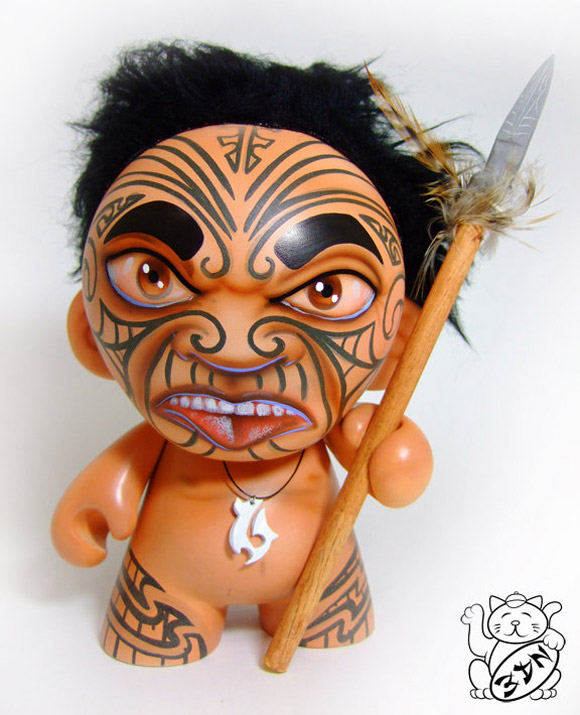 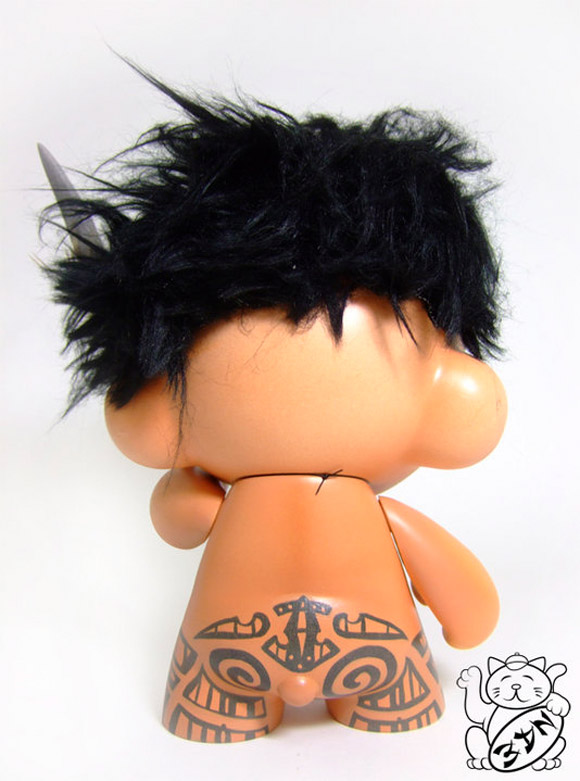 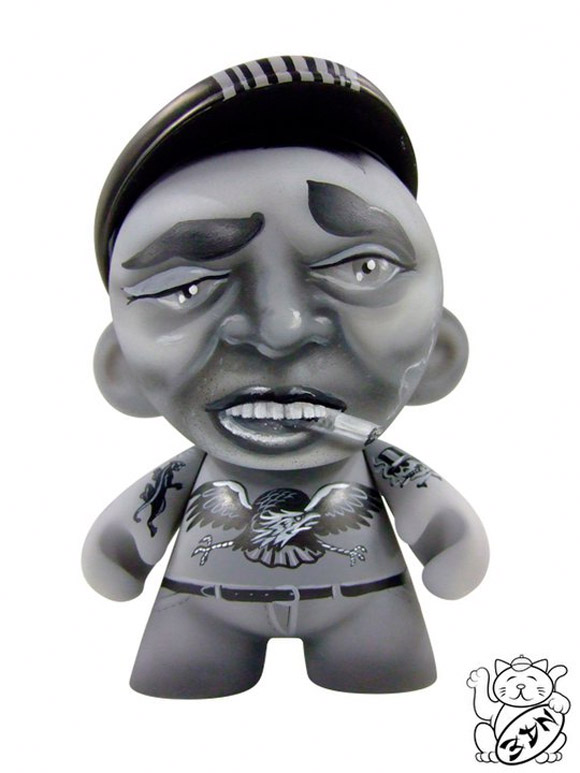 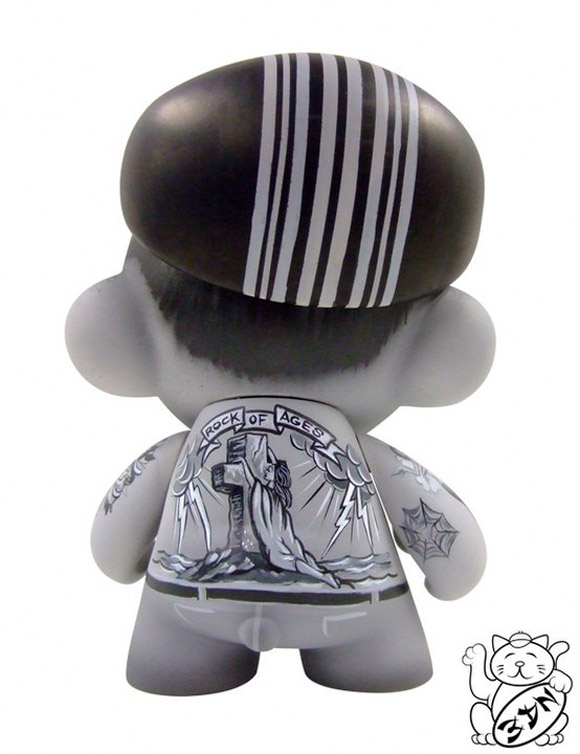 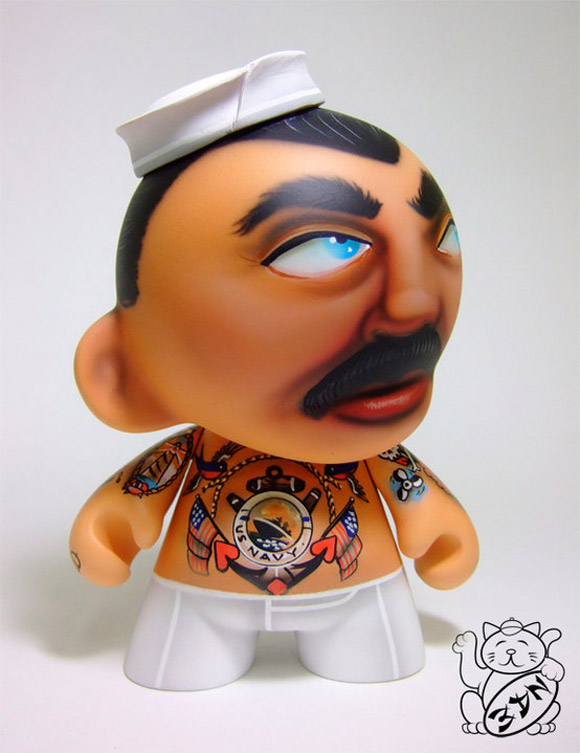 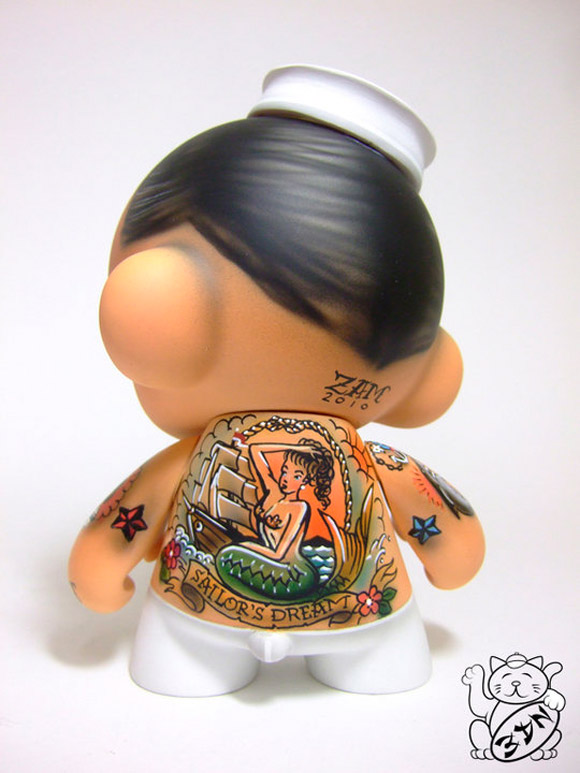 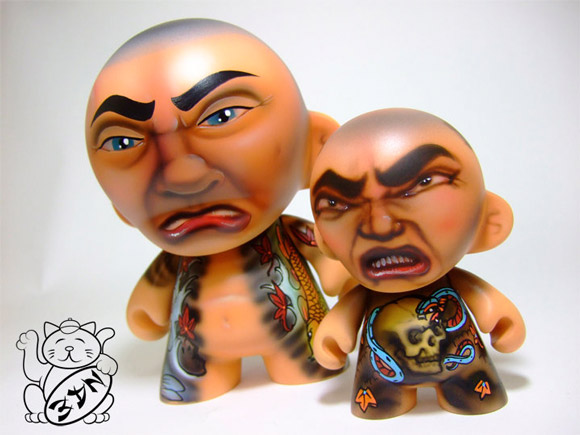