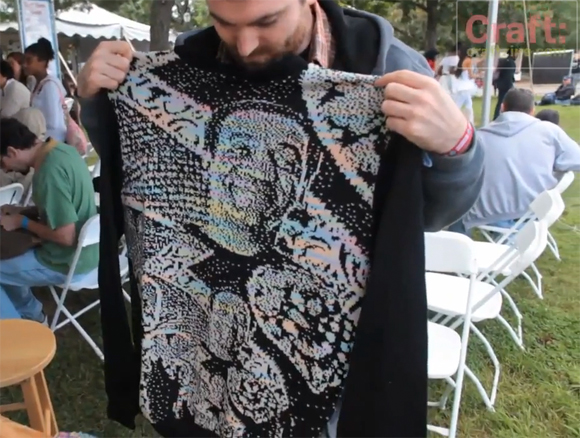 This post reaches so many levels of awesomeness. Hacking an 80’s knitting machine, “printing” digital graphics on knitted garments, a sweater of Bill Cosby wearing the same Bill Cosby sweater…. SAY WHAT!  New media artist, Andrew Solomone has done just that. Here he demonstrates the making of his clever creation at last month’s World Maker Faire in New York. Andrew’s goal now is to get a picture of the comedic legend sporting this radical garment.