Make A Robot With A Robot 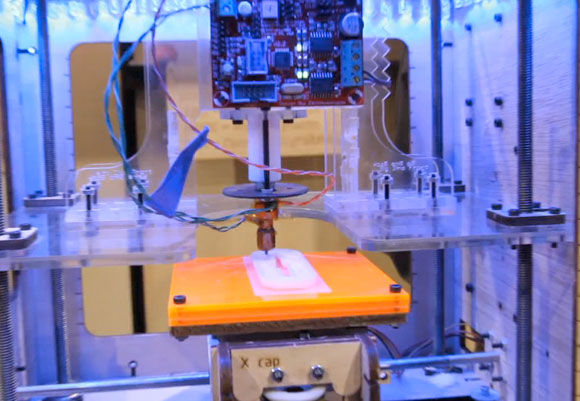 How would you like to create a prototype of your own toy on your desk? Now it’s possible with MakerBot Industries. MakerBot is an open source, low cost 3-D printer that takes ABS plastic, heats it up and extrudes it out a little nozzle, drawing out layer by layer until you have an object of your desire. You can create your own design using numerous platforms or download an idea online. It costs less than a grand and comes as a kit. So it will take a little ingenuity to put it together. The current Cupcake CNC model is the size of a large computer which only allows for smaller objects to be created. MakerBot has plans of building a larger version with greater capacity. This personal manufacturing technology could be the  wave of the future.

The post Make A Robot With A Robot appeared first on Kidrobot Blog.