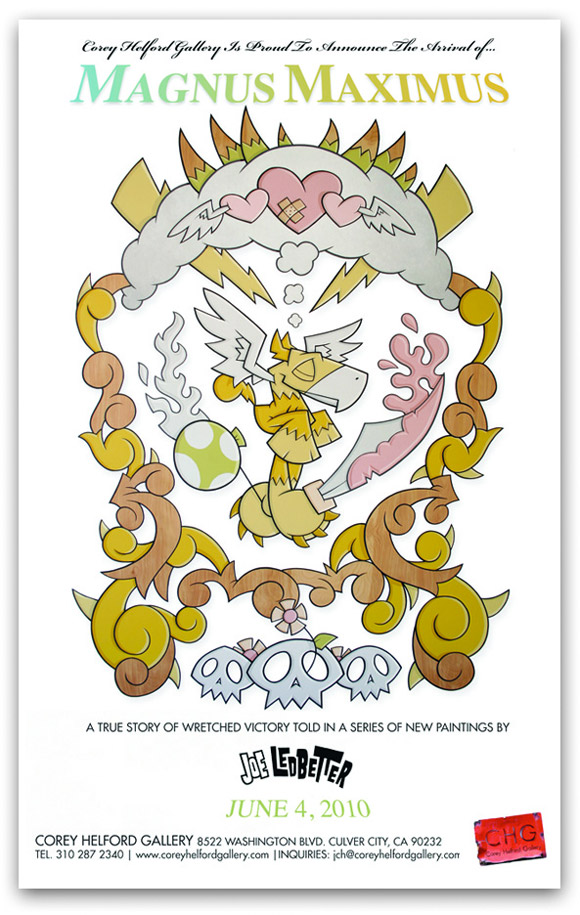 Unicornasaurus creator, Joe Ledbetter is presenting his solo exhibition, Magnus Maximus. This true story of a wretched victory is depicted through a series of new paintings. The opening is this Friday, June 4 at the Corey Helford Gallery in Culver City, CA.