FatCap Series 3 artist, Scribe aka D. Ross and wife, Alisa Ross, are taking their talents to Hawaii for a muli-medium collaborative tour, LIGHT SLEEPERS. The dynamic duo will feature many exclusive customs, plush, art and murals all throughout Hawaii. This creative invasion kicks off at PROTOTYPE on Thursday, January 26 with a signing at the FatCap Series 3 trading party from 4-9pm. Scribe will then venture to EAT THE STREETS for some live mural action on Friday, January 27 from 4-9pm. The LIGHT SLEEPERS tour concludes Saturday, January 28 as Scribe & Alisa will be holding it down at In4mation Pearlridge from 6-9pm for more exclusive customs, plush and live art. 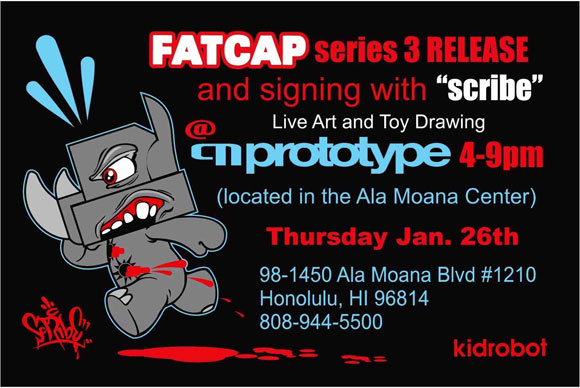 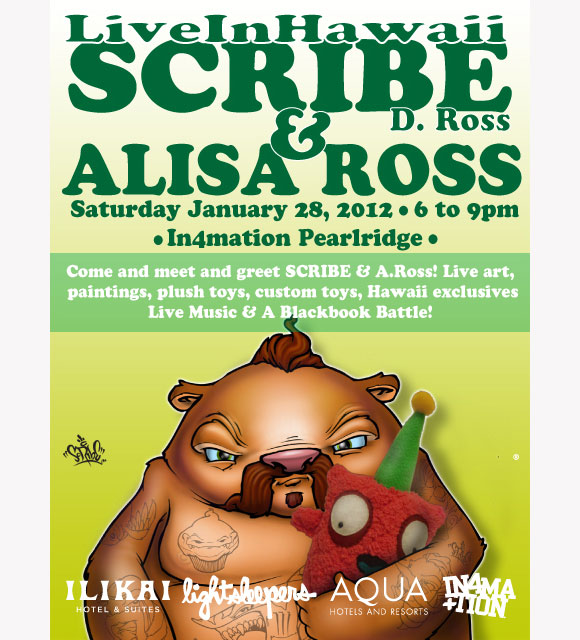