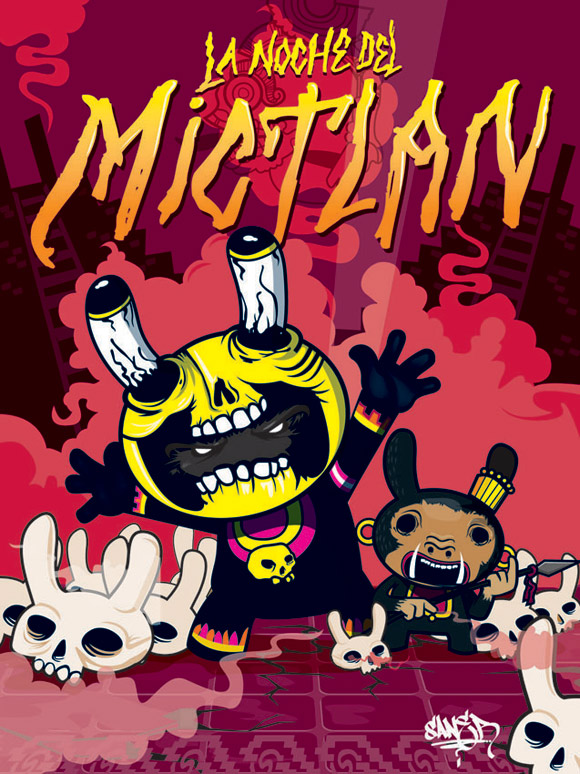 Featured Kidrobot artist, Saner has recently released some limited edition prints, La Noche Del Mictlan. Inspired from his renowned Mictlantecuhtli and Xólotl Dunny set, these screen printed posters are limited to 30 pieces of each design in each colorway and are available for $35 USD on Saner’s blog. Get them while you can. 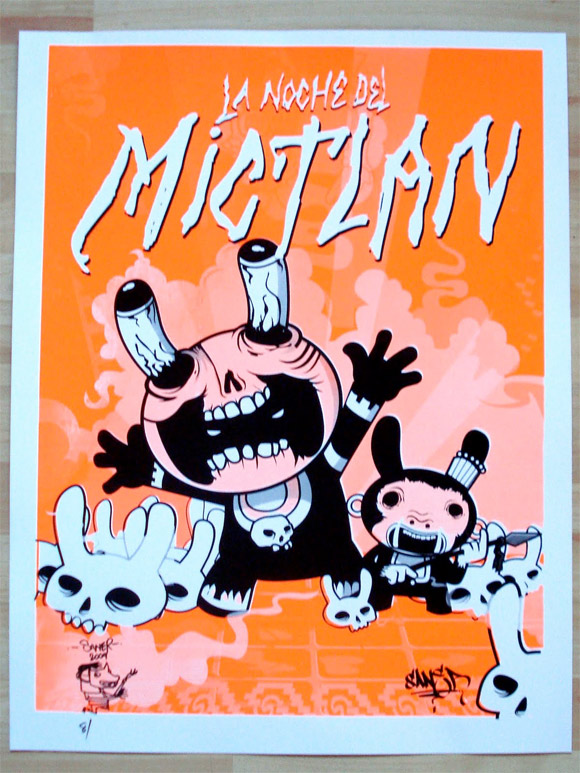 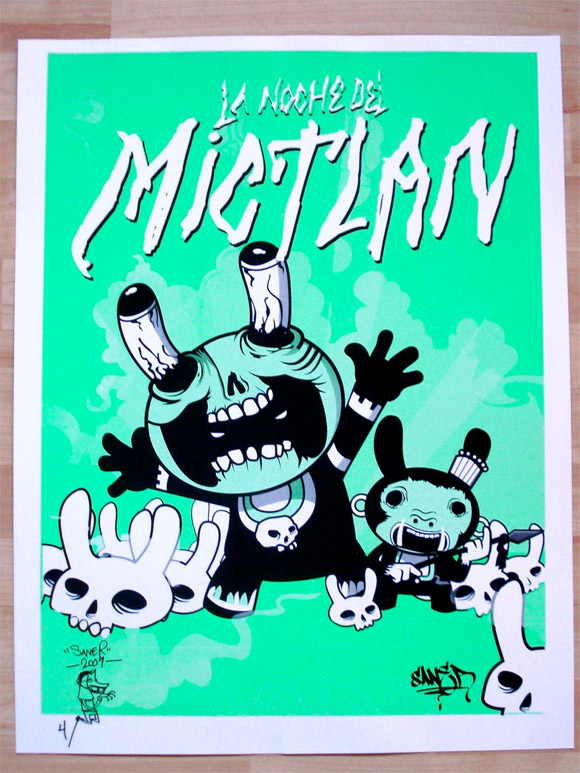 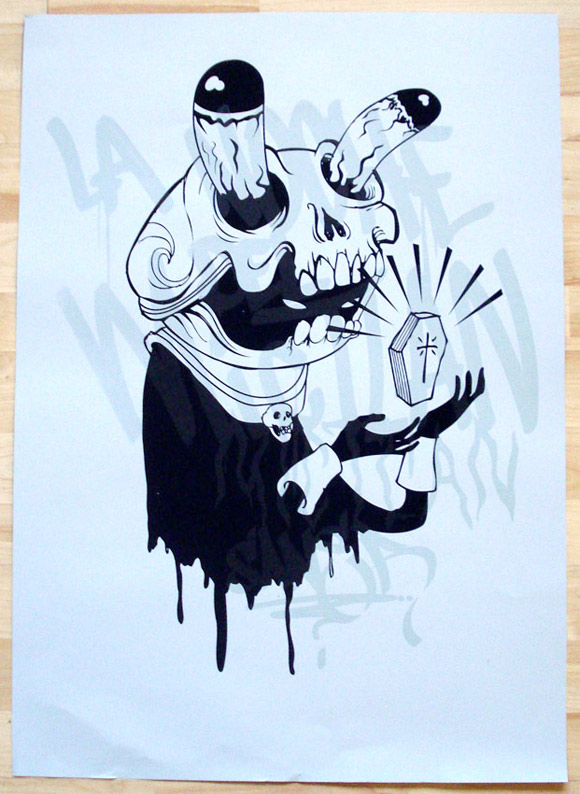 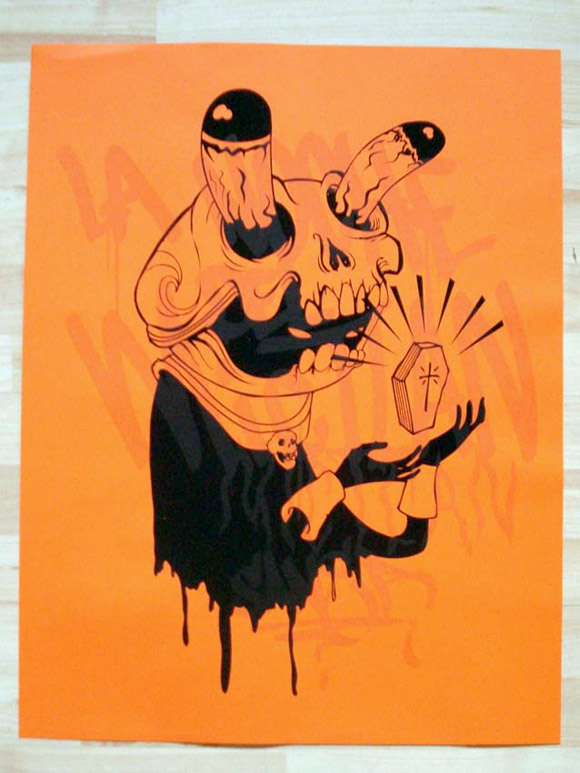 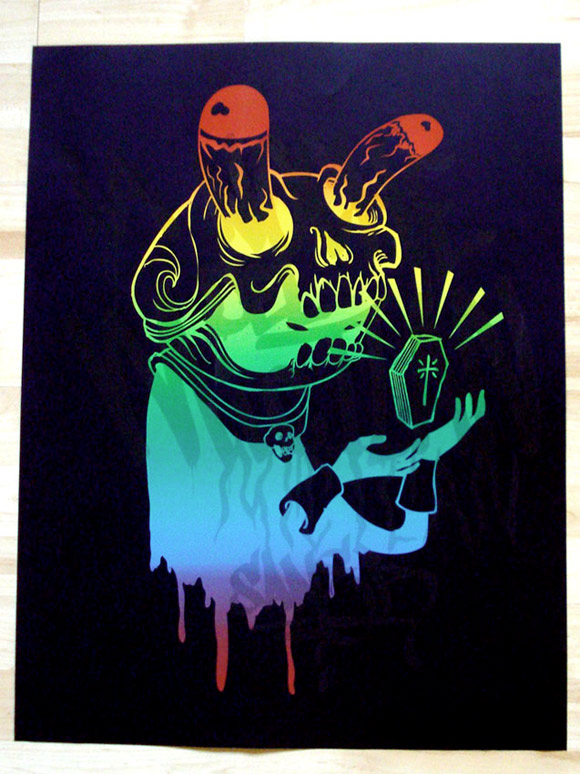