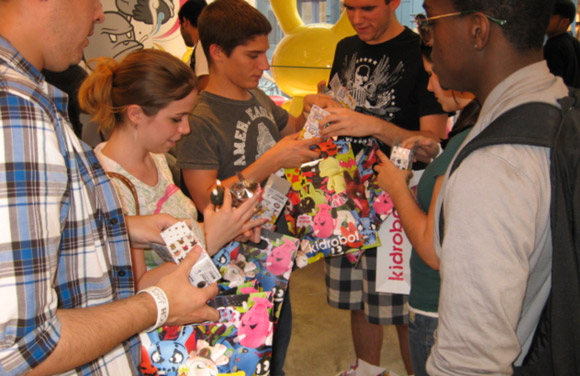 Kidrobot New York was packed last night with vinyl addicts for the release of Dunny Series 2010. Artists, Travis Cain, Aya Kakeda and Damarak the Destroyer were in the house to sign their new designs. People started lining up at 11 in the morning with hopes of scoring the exclusive Relish Dunny and tote bag. Excitement was in the air as people hung around and traded Dunnys until the doors closed. Fun, fun times!!