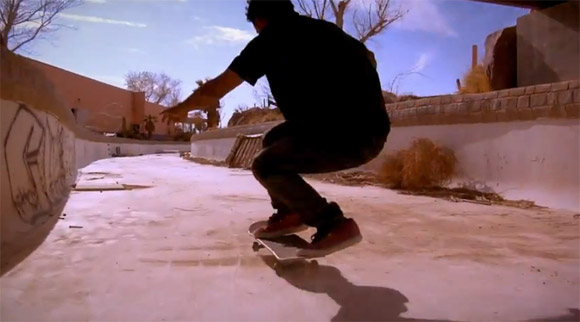 Who would have thought skateboarding could be so poetic. Freestyle skateboarding champion Kilian Martin flies off the reservation and uses and abuses an abandoned water park in the middle of the Mojave Desert as his own personal skate park in the short, “Altered Route.” In ka-hoots with Mercedez Benz, this refreshing skate video is directed, filmed and edited by Brent Novak with the song “Adventures In Your Own Backyard” by Patrick Watson.