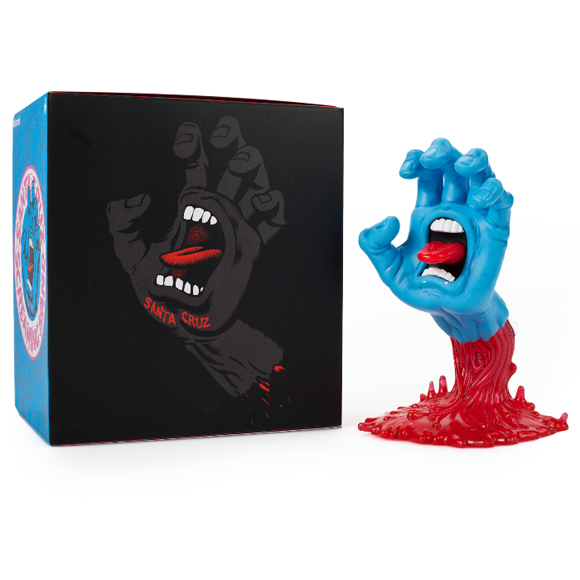 Kidrobot and Santa Cruz Skateboards are excited to announce the re-release of the Santa Cruz Screaming Hand Medium Figure!

In celebration of the 30th anniversary of Jim Phillips’ “Screaming Hand”, Kidrobot and Santa Cruz Skateboards teamed up to bring the iconic graphic to life as a vinyl figure.

The Screaming Hand Medium Figure was originally released in May of 2015. The figure quickly sold out in stores and online. Due in part to the continued demand for this piece, Kidrobot and Santa Cruz Skateboards are re-releasing a limited number of this highly collectible figure.

The Screaming Hand Medium Figure will be available in stores and online at Kidrobot.com on Thursday, September 10th at 9AM MST.