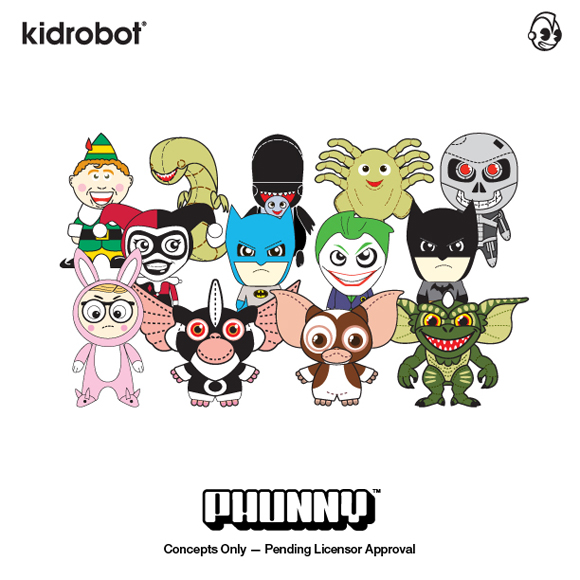 Following the previously announced Gremlins, Kidrobot will release additional series of Phunny including characters from: Alien, DC Comics, Terminator, Elf and A Christmas Story. These series will release throughout the fall and winter of 2015 and into spring 2016.