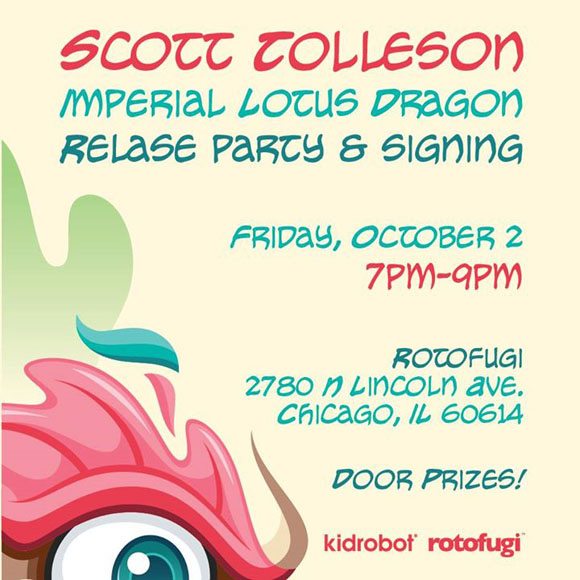 Kidrobot is excited to announce Scott Tolleson’s Imperial Lotus Dragon Dunny will soon be available in stores and online at Kidrobot.com.

Retailing for $100, the Imperial Lotus Dragon 8″ Dunny will be available in stores and online at Kidrobot.com on Friday, October 2nd at 9AM MST!

In celebration of the release, Scott Tolleson and Kidrobot will hold a release party signing at Rotofugi in Chicago, IL. The Imperial Lotus Dragon will be available for purchase at the event. Attendees will also have the opportunity to win door prizes from Kidrobot! The event will take place from 7pm-9pm.

Rotofugi Designer Toy Store & Gallery, established in July 2004, is located on the border of Chicago’s Lincoln Park and Lakeview neighborhoods in a beautiful vintage building. Since opening, Rotofugi has grown to become one of the world’s premier sellers of designer toys from artists all over the world. Rotofugi features a diverse selection of vinyl figures, capsule toys, plush, pop culture collectibles and more from designers across the globe. The adjoining Rotofugi Gallery features monthly art exhibits by a range of both local and nationally known artists. See more atRotofugi.comdrobot.com. 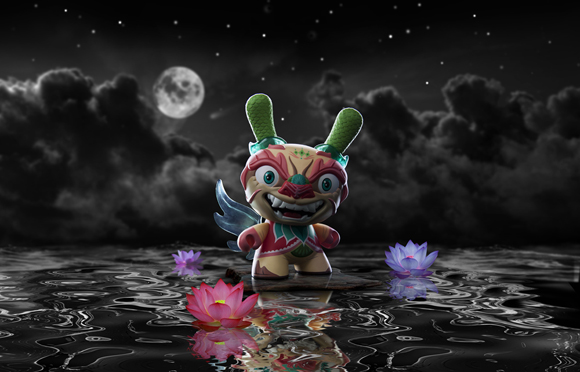