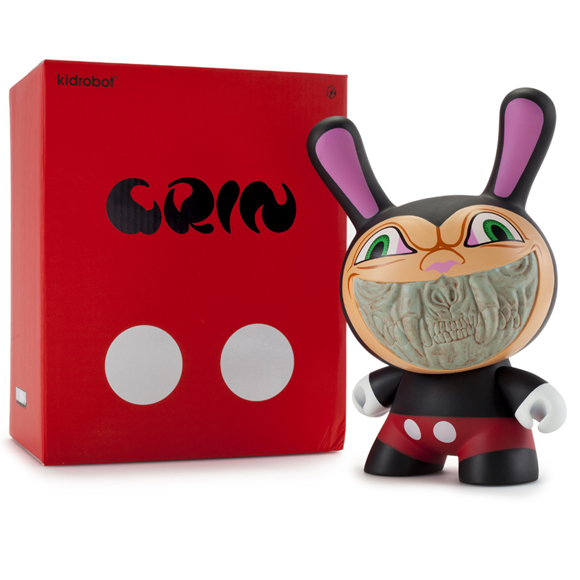 Kidrobot and Ron English are excited to announce the official release of Apocalypse Grin 8″ Dunny.

Ron English Apocalypse Grin is based off the previously released 3″ version of the Dunny. The 3″ Dunny was originally produced as a part of the 2012 Apocalypse Dunny Series.

Kidrobot is pleased to bring the Apocalypse Grin Dunny into 8″ form. There will also be an additional color way, available only as a chase piece. 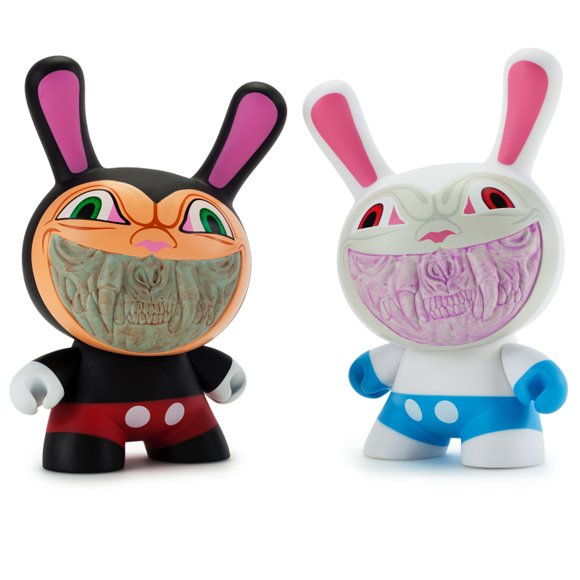