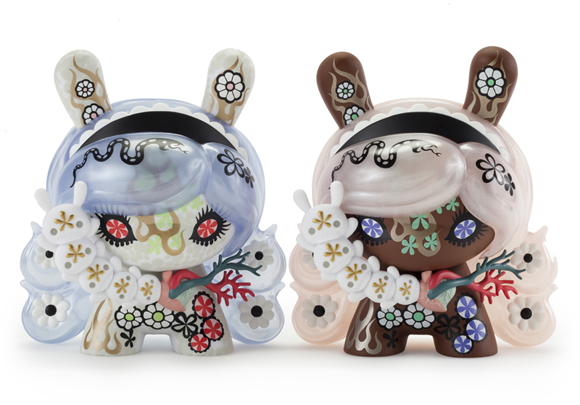 “The Purple Soda Girl Dunny that I designed in 2012 was very hard to create, so I’m really happy & excited that her big sisters, Violet Soda Lady and Berry Chocolate Lady, are coming out! I hope they will find a lot of happy owners! I think of my Purple Soda Girl Dunny from 2012 as a daughter of Kuro Megami that I designed for Kidrobot Black Series. When I designed her, I was using the photos I took of old god and goddess statues at Asian Art Museum as reference. So Kuro Megami is kind of like a goddess representing my art. Purple Soda Girl and the two new 8” Dunny’s are all her daughters who have the same goddess-like feeling.” said Junko Mizuno on her inspiration for creating Violet Soda Lady and Berry Chocolate Lady.

Berry Chocolate Lady will be available at Kidrobot’s San Diego Comic Con booth in limited quantities. Violet Soda Lady will release in stores and online this July. Both pieces will retail for $100. 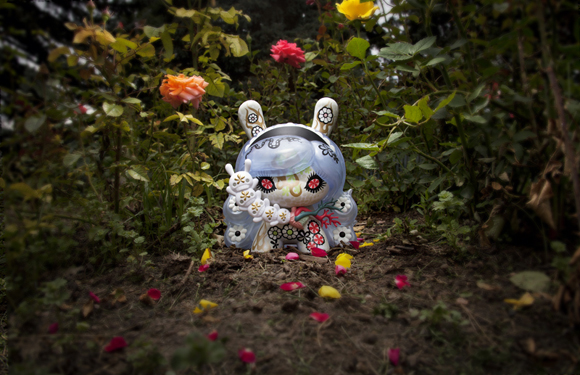