“Their world was soft like melancholy. The conversation was silent. Their faces were small and round, incapable of invoking fear. Once the door was open, nothing could be unseen.” – Kathie Olivas

One of the premiere fine artists around and a pioneer in the customization world, Kathie Olivas is about to open her breathtaking new show “Safe from Tomorrow” at AFA NYC. With Kathie being in the upper echelon of narrative artists, this is a show that can’t be missed.

The series of works is inspired by early American portraiture and what Olivas imagines as the ethers of which all abstract thought comes to fruition. Naive and eerie, the depictions are reminiscent of the dreamlike state where reality is not questioned. Fear is abandoned for the sake of curiosity. Lonely little girls develop their own protective armor often borrowed from spirit animals and imaginary friends. They are their own protectors and manifestors of tomorrow.
AFA of SoHo will also host an artist reception on December 6th from 6-9PM with Kathie being present. Admission is free and open to the public, with rsvp requested via rsvp@afanyc.com. AFA of SoHo is located at 54 Greene Street (at Broome) in SoHo: (212)226-7374.
Kathie Olivas is a multi-media artist who resides in Albuquerque, NM with her husband and fellow artist Brandt Peters. They are the founding members of the international artist collective Circus Posterus. The couple also owns and operates Stranger Factory, a contemporary art gallery that focuses on narrative arts and character design. 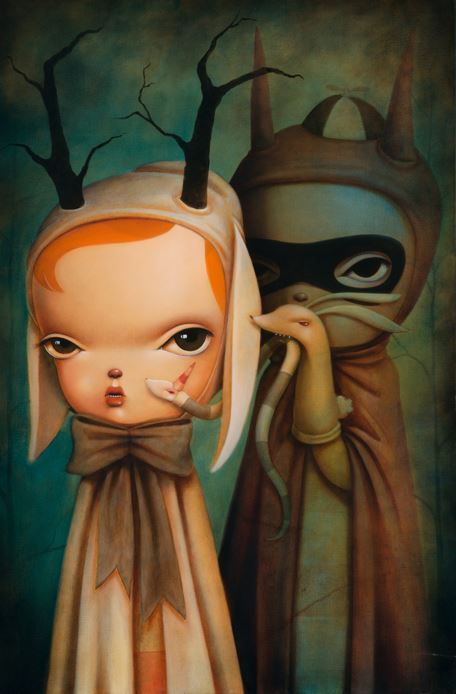 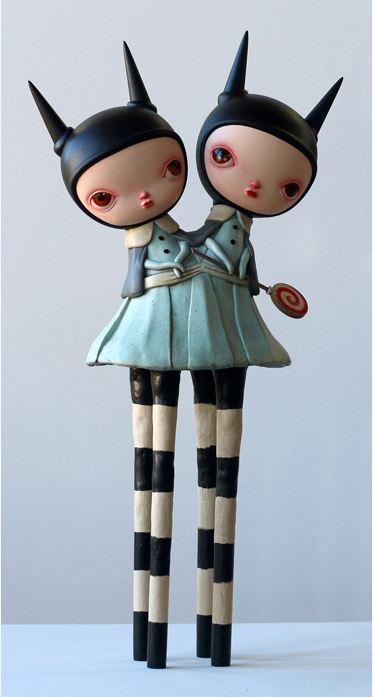 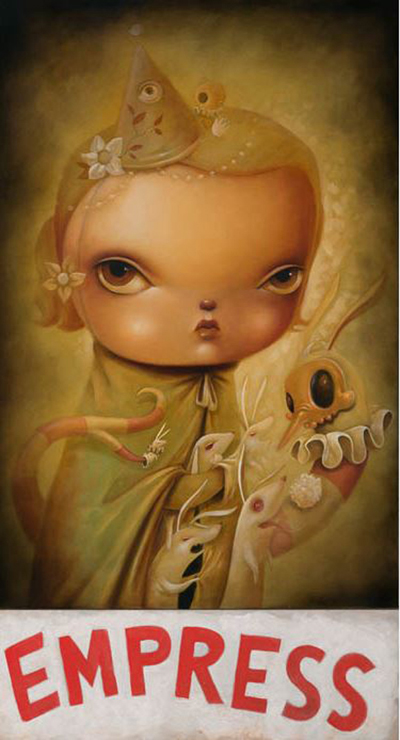 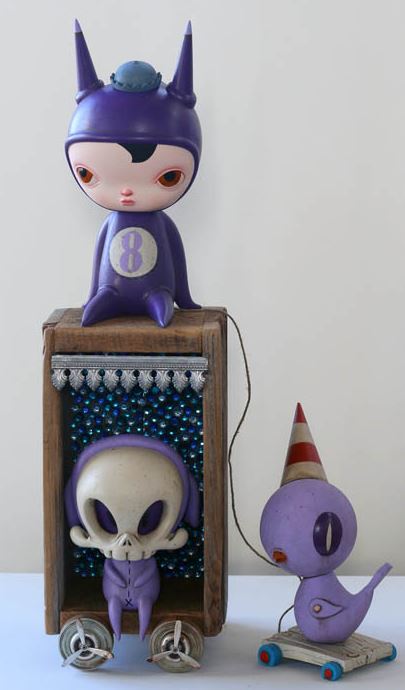