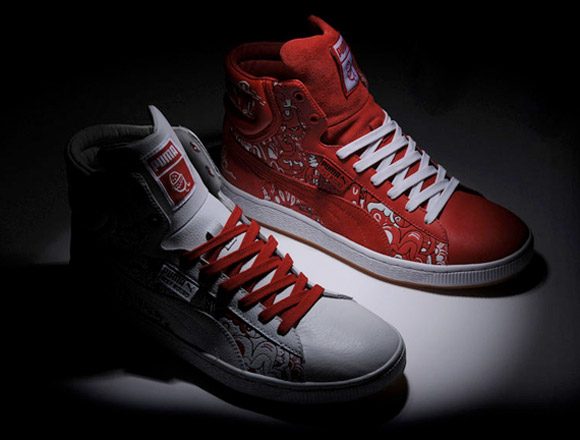 UK supplier of cool stuff, size? has recently joined forces with Kidrobot’s favorite doodler, Jon Burgerman and Puma to commemorate their 10 year anniversary with a super fresh (and almost out of stock) pair of First Round hi-tops. They just released this past Sunday in two festive colorways, White with red doodles in 130 pairs and super rare Red with white in only 40 pairs. Act fast cause these are only £79.99 and going quick and can only be found exclusively at size? retailers. 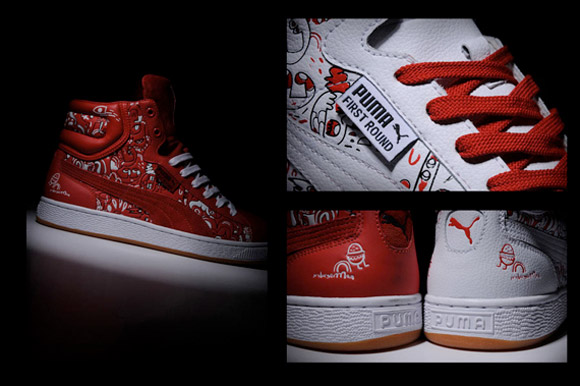 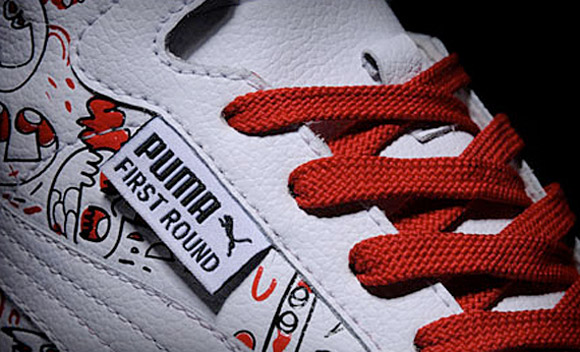