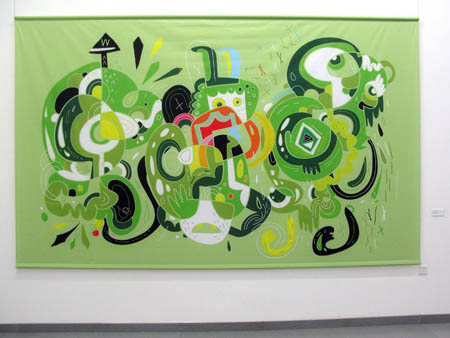 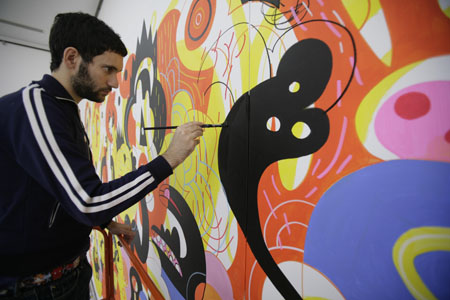 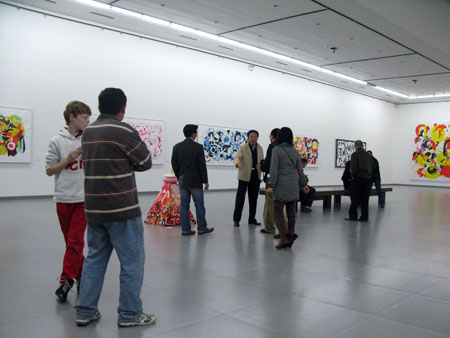 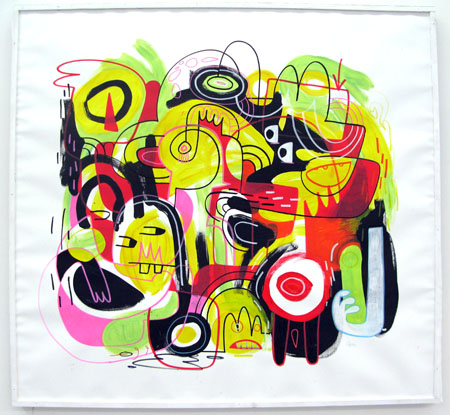 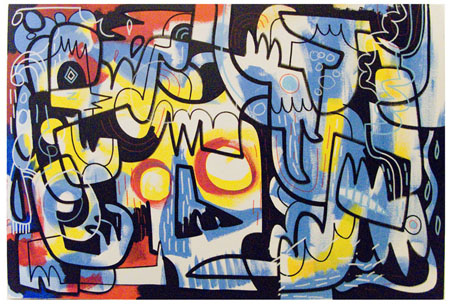 See more work from the show on Mr. Burgerman’s web site and plenty of pics of what he ate while he painted on his flickr page.

Shop for Jon Burgerman art and toys on kidrobot.com!