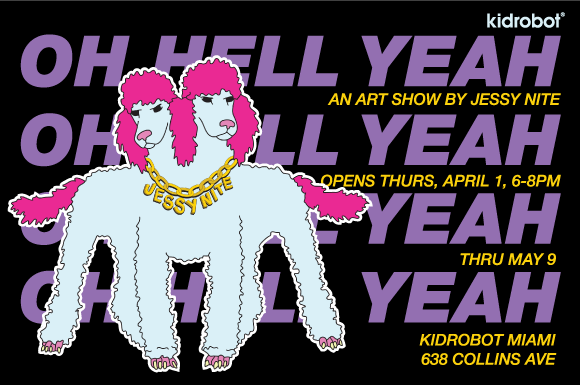 Check out Oh Hell Yeah, the delicious art show featuring the work of artist and illustrator Jessy Nite. Oh Hell Yeah presents the world through rainbow colored sunglasses, which have the power to turn vice, gore, and greed into light and fluffy fun.

Jessy Nite lives in a Benevolent World of champagne fountains, pill topped mountains, and cotton candy poodles. Emphasizing color, line and typography, Ms. Nite brings us to a place where we can idolize all of the naughty with a childlike innocence.