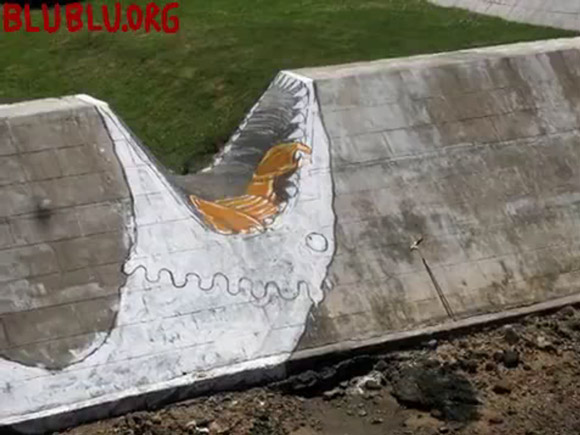 After months of work and hundreds of buckets of paint, infamous street artist, Blu has completed Big Bang Big Boom. This epic stop motion graffiti animation tells an unscientific point of view on the beginning and evolution of life … and how it could probably end. It is animated and directed by Blu, produced and distributed by ARTSH.it and the soundtrack is created by Andrea Martignoni. Big Bang Big Boom tops Blu’s previous animated piece created last year. Check out blublu.org for more amazing works.