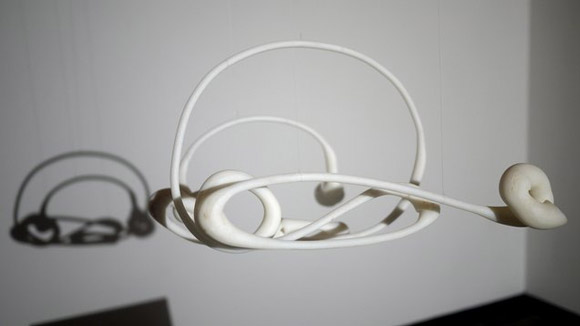 The genius behind Graffiti Analysis, Evan Roth has taken the proverbial street tag into the gallery in a way never seen before. The seven seconds it took to record a simple outdoor sketch with Roth’s groundbreaking software is all that’s needed to transform the motion data captured into a 3D model. From that model rendering, a real life sculptural tag was fabricated and frozen in time and space. This amazing first of its kind artwork is on display at the Kunsthalle Museum in Vienna, Austria.

Graffiti Analysis: Sculptures is a series of new physical sculptures that I am making from motion tracked graffiti data. New software (GA 3D) imports .gml files (Graffiti Markup Language) captured using Graffiti Analysis, creates 3D geometry based on the data and then exports a 3D representation of the tag as a .stl file (a common file format compatible with most 3D software packages including Blender, Maya and 3DS Max). Time is extruded in the Z dimension and pen speed is represented by the thickness of the model at any given point. I then have this data 3D printed to create a physical sculpture that serves as a data visualization of the tag. For the Street and Studio exhibition at the Kunsthalle Wein, I collaborated with an anonymous local Viennese graffiti writer and had the GA sculpture printed in ABS plastic. Graffiti motion data of his tag was captured in the streets (for the first time) at various points around Vienna. 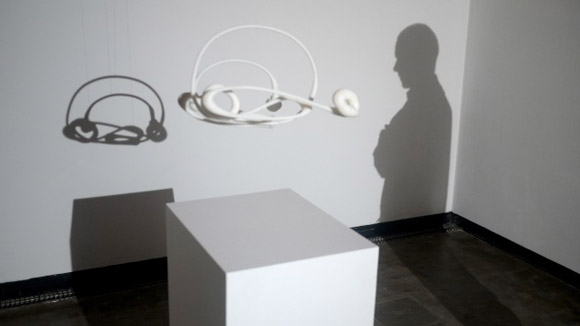 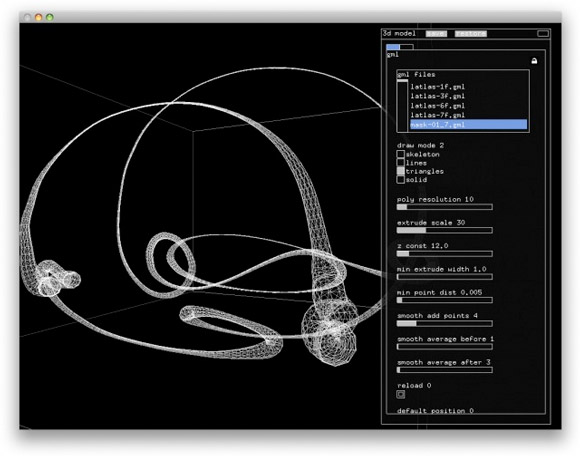 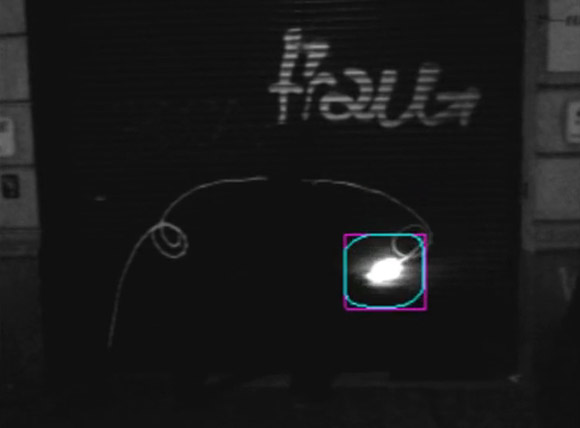 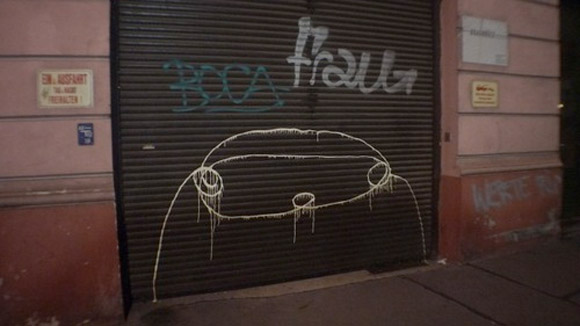