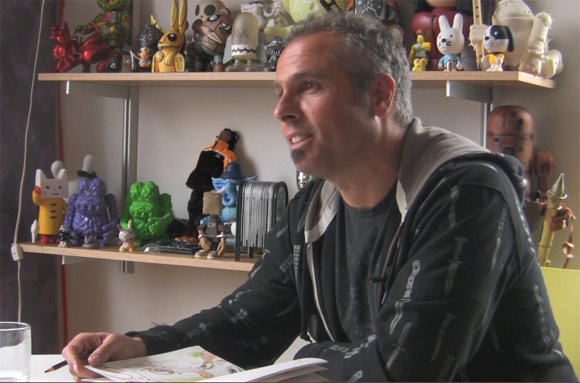 Gary Baseman‘s work has been represented in practically every medium. Baseman’s artistic empire includes the award-winning Teacher’s Pet, art for the wildly popular board game Cranium, and packaging art for Mr. Smolin’s 2007 The Crumbling of White People.  In 2005, Basemen lent his signature style to Dunny Series 4. We managed to sit him down briefly at KRTV studios to talk about his work, finding himself, and his own holiday.

In this second of three segments, Baseman talks about the need to develop your own style, and how he went about doing just that.