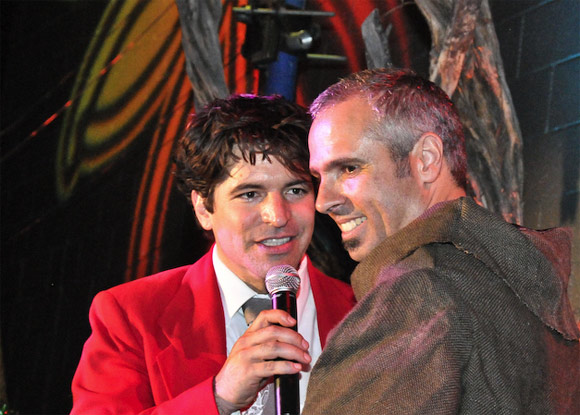 Even if you don’t know Gary Baseman, you know Gary Baseman. His ubiquitous work has been represented in practically every medium. After graduating from UCLA, Baseman has grown his artistic empire to include the award-winning Teacher’s Pet, art for the wildly popular board game Cranium, and packaging art for Mr. Smolin’s 2007 The Crumbling of White People.  In 2005, Basemen lent his signature style to Dunny Series 4. We managed to sit him down briefly at KRTV studios to talk about his work, finding himself, and his own holiday.

In this first of three segments, Baseman discusses the origin of his La Noche de la Fusion show back in May.

Find out more about Gary Baseman in his artist profile on kidrobot.com or shop for Baseman gear right here!