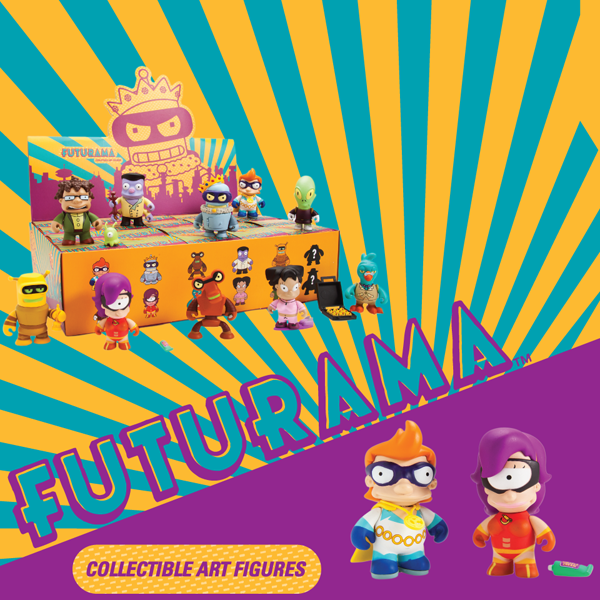 With all the fun hype around the release of Futurama series 2, we thought it would be good to bring some astounding facts about this ground breaking show. So, while you sit back like Hedonism Bot and enjoy the quest for Hyper Chicken, read some fun facts you may not have known.

2. Speaking of Bender, did you know he is named after that joke telling hooligan in the Breakfast Club?

3.  The idea of Futurama came from the song “Robot Blues” by The Incredible String Band. Double whammy if you have never heard of this band either.

4. That red jacket has always looked familiar on Fry. Fry’s attire is based of James Dean’s from “Rebel without a Cause”.

5.  Hermes as seen in Series 2 was originally supposed to be called Dexter.

6. Al Gore has voiced himself on the show, but his daughter Kristen has also written several episodes.

7.  The lovable Hypnotoad has his own episode, but you might not remember that when you wake up.

8. Fans were so diehard for the show, they figured out the alien language, and thus it had to be changed.

9. Nibbler and the Transformer Megatron are related. They are both voiced by actor Frank Welker.

Have you got your Futurama Series 2 yet because I still need an Elzar!