The King of Smorkin’, Frank Kozik has collaborated with Nugo Labs on a new series of Robotectors. Kozik has adapted some of his most memorable designs such as The Future Is Stupid, Pornmonger and Machetazos, to the silicone skinned character cases for iPhone 4 and iPod Touch. Releasing this December, each design is limited to 500 pieces and will retail for $24.95. 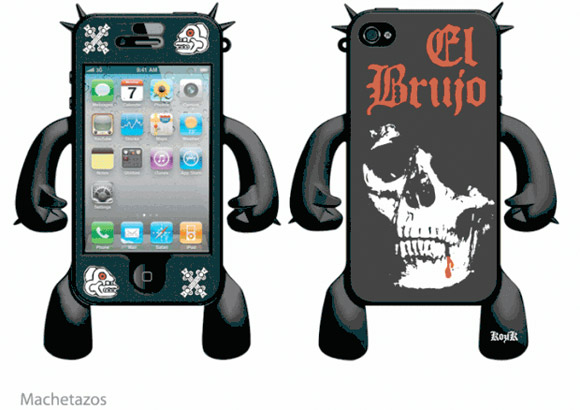