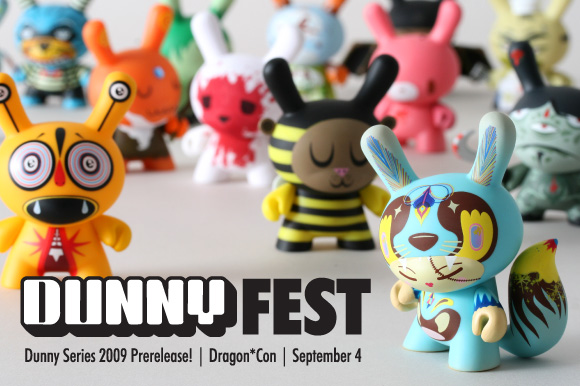 Head to DUNNYFEST at Dragon*Con for the pre-release of the highly anticipated Dunny Series 2009. Celebrate with many of today’s favorite vinyl artists, such as Huck Gee, Sket One, Tara McPherson, Kathie Olivas, Alex Pardee, Brandt Peters, Doktor A, Attaboy, Carlos East and The Baroness!

The artists will be on hand to sign the awesome new series and posters, plus there will be rad giveaways and door prizes. This special signing event is FREE to Dragon*Con badge holders and there will be very limited quantities, so make sure to arrive early!

The post DunnyFest 2009 at Dragon*Con appeared first on Kidrobot Blog.