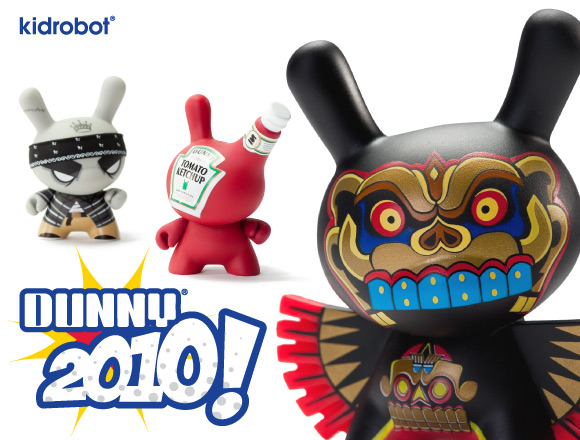 Booom!! The world’s greatest vinyl canvas is back in an all-new series featuring re-imaginings from nineteen amazingly creative artists. With 21 different Dunny variations— including wizards, sports fanatics, martial artists, BFFs, cholos, and condiments—this is our most exciting series yet!

Each blind-boxed 3-inch Dunny figure comes with a trading card and a chance to win a super-rare Golden Ticket Dunny. Some include accessories and some don’t. All are waiting to blow your mind! Dunny Series 2010 is now available for $7.95 US (£7.25 UK; 8€ Europe) at Kidrobot stores, kidrobot.com and select retailers around the globe.