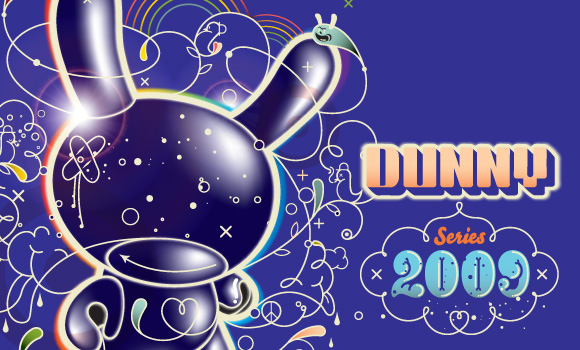 Dunny is back in 3-inch form and morphed into pop art masterpieces in ways you’ve never seen him morphed before.

Get ready for Dunny editions of Devilrobots’ To-Fu Head Son and Mori Chack’s Gloomy Bear, plus a new bunch of wild figures equipped with the accessories necessary to wreak havoc on your collection.

Keep an eye out for 2 chases that slipped into the line-up, plus Golden Tickets redeemable for an elusive 3-inch Dunny by the NYC-based artist Pon. Not available for sale anywhere!

Each Dunny sold with a collectible insert card starting September 10!