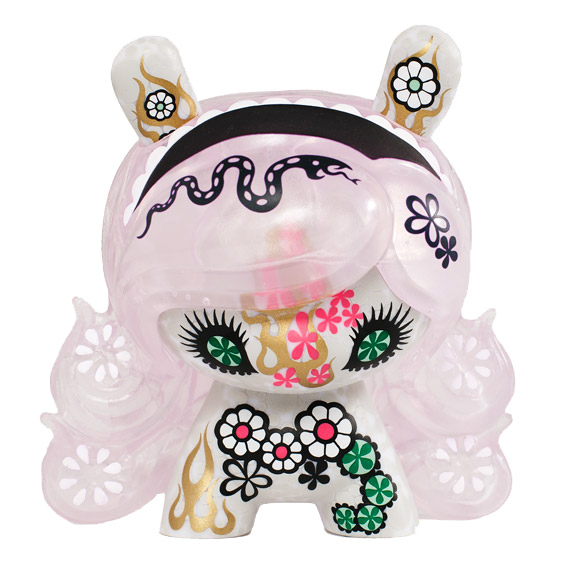 Junko Mizuno adds a twisted feminine element to Dunny Series 2012 with her lovely new design, Purple Soda Girl. The Japanese born, SF based manga illustrator has this to say, “I had already designed two Dunnys and this time I wanted to make a crazier one that reflects my recent style. I took some elements such as crazy hair, detailed flowers and gold flames from the paintings that I did in the past two years.” Purple Soda Girl definitely reflects the subject matter Junko painted live at the Cosmopolitan Las Vegas last year. 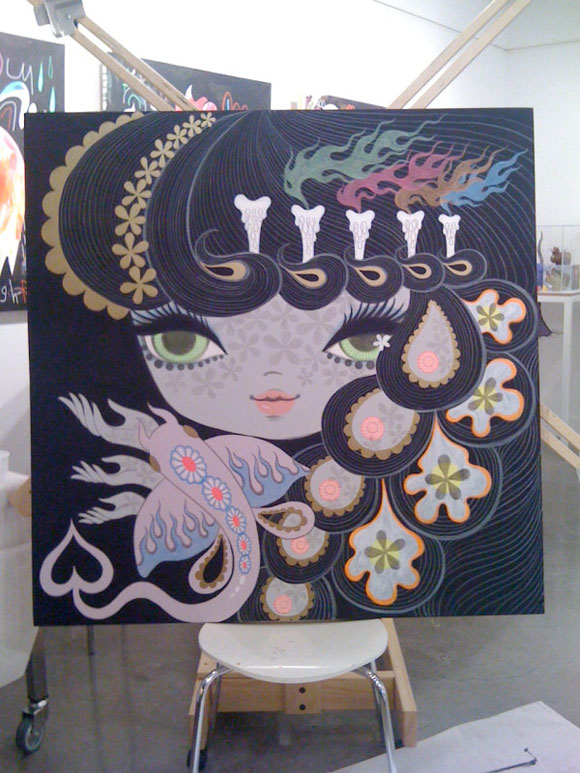