The cat is out of the bag or should we say the Dunnys are out of the blind box. London illustrator and customizer Jon-Paul Kaiser makes his Dunny debut with four kick-ass color ways of his Tanegaru design for Dunny Series 2012. While the box art claims this design as a mystery, we felt they were too cool not to feature in our Daily Dunny countdown. With a ratio of 2/20 you never know if you will get the classic white version or one of the glow-in-the-dark blue or green versions.

If you are in the London area head down there right now to join JPK and Triclops Studios for our DS2012 Artist Signing and Trading Party from 6-8pm. 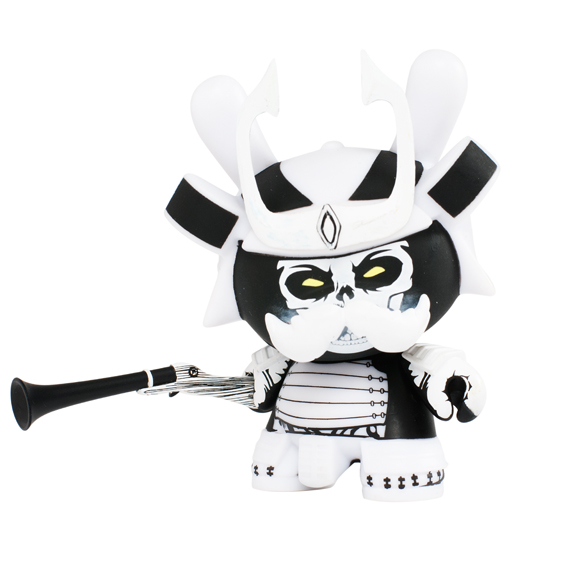 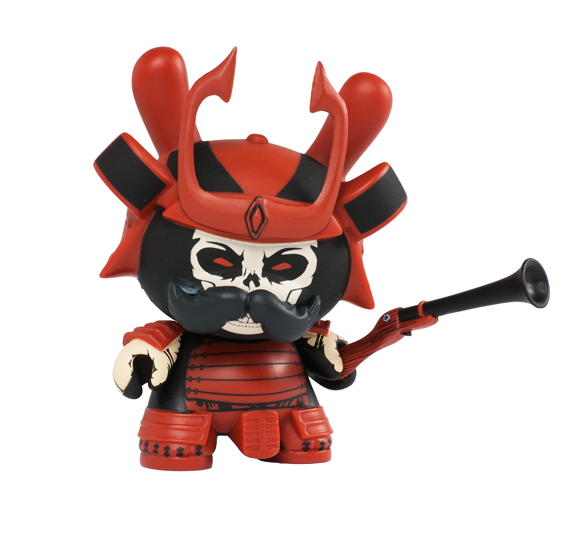 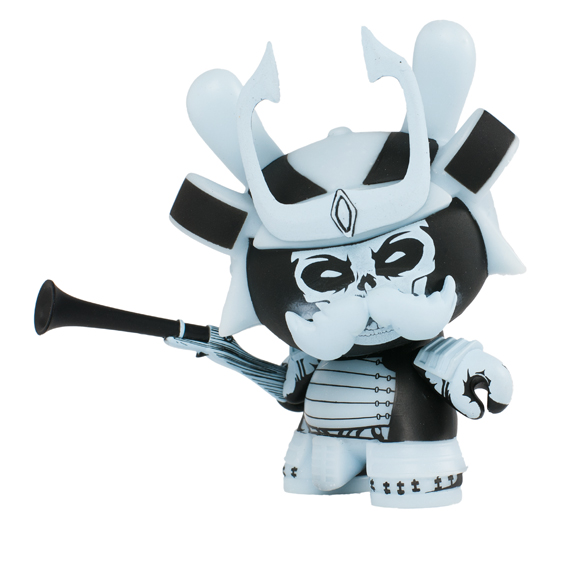 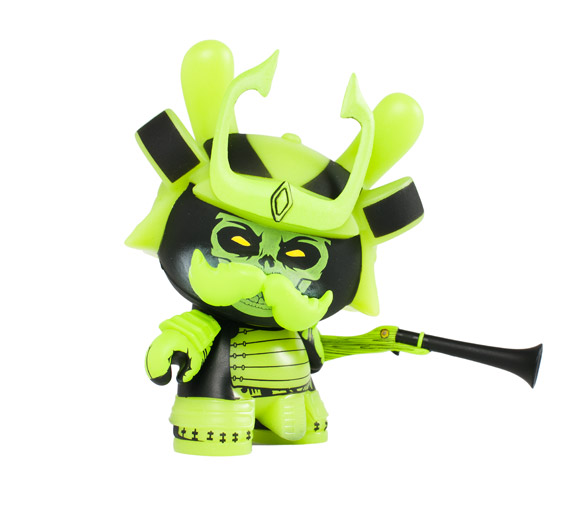