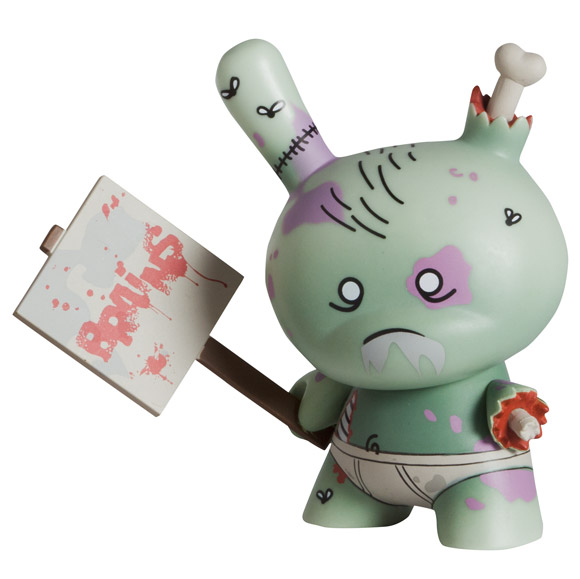 Time is ticking down to the fateful day of June 23 and the release of Dunny Series 2011. The Daily Dunny in our countdown today is a post-apocalyptic Zombie design by KR veteran Huck Gee. This lurked-out harbinger of the undead has a ratio of 2/20 in each case. Adding to the excitement there will also be two exclusive color variants. Depending on where you live in the world you can score one FREE with case purchases at DS2011 trading parties, Kidrobot stores, kidrobot.com and kidrobot.eu. Get more event details here. 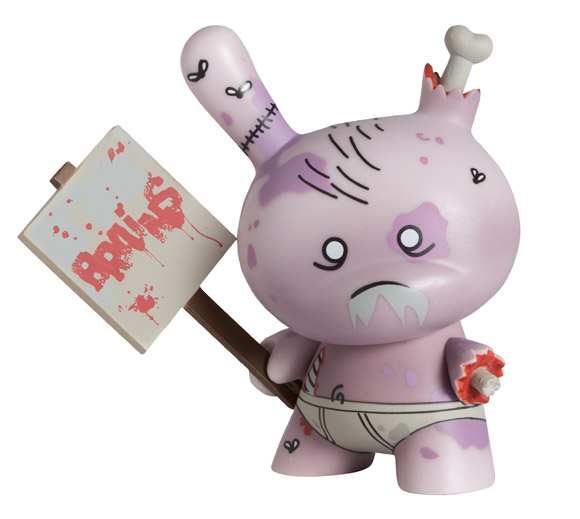 International Edition (everywhere else but the Americas)