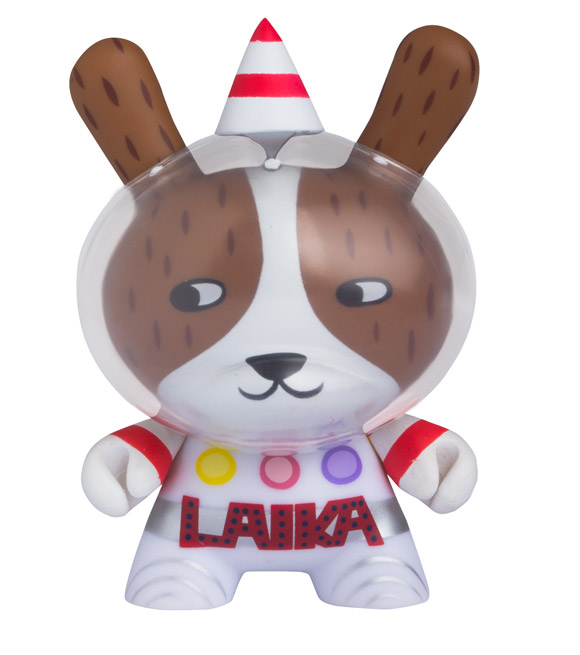 Only a week remains until the highly anticipated Dunny Series 2011 blasts off on June 23! To celebrate today’s Daily Dunny, we present a cute little canine cosmonaut named Laika by Aya Kakeda. This design was inspired by the Soviet pup who was the 1st animal to orbit the Earth and will have case ratio of 1/20.

Aya will be joining Paul Budnitz at Kidrobot New York on June 23 for an exclusive signing of The HOLE in the Middle Book + Dunny going down alongside the trading party for DS2011.