Dril One Is Locked And Loaded For SDCC 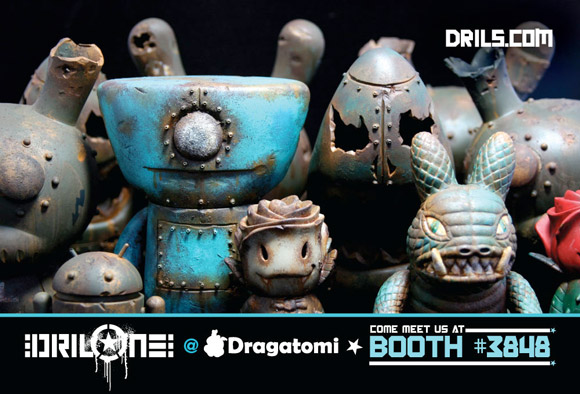 SF artist, Dril One is taking no prisoners this year at SDCC. He has a full arsenal that he’ll have available at the Dragatomi booth 3848. No vinyl is safe and nothing is off limits when it comes to customizing for Drils. He has revamped dozens of toys from Dunny and MUNNY to Ugly Dolls,  Kaiju and an insane collaboration with Jeremiah Ketner on a 10-inch MadL. Drils will be offering up daily specials on Thursday, Friday and Saturday with the majority of his line up readily available throughout SDCC. Swing by booth 3848 any day to meet Dril One and scoop up one of the raddest custom art toys by one of the raddest customizers out there.

The post Dril One Is Locked And Loaded For SDCC appeared first on Kidrobot Blog.