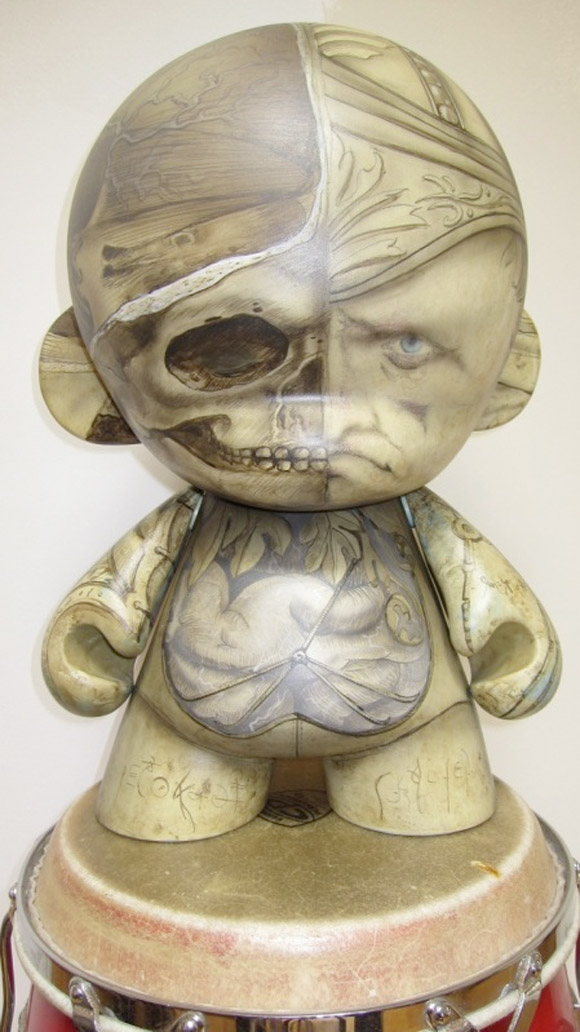 Habitual vinyl collector, Peter_Awesome has recently posted pics of his newest acquisition on our Kidrobot Forums. This spectacular Da Vinci Mega MUNNY was initiated by Peter’s awesome mom. She got Peter a Blue Mega MUNNY and commissioned artist friend, Prairie Prince to work it out. He took the idea of Leonardo Da Vinci and went wild. This amazing work of art is packed with details and even has highlights that glow in the dark. 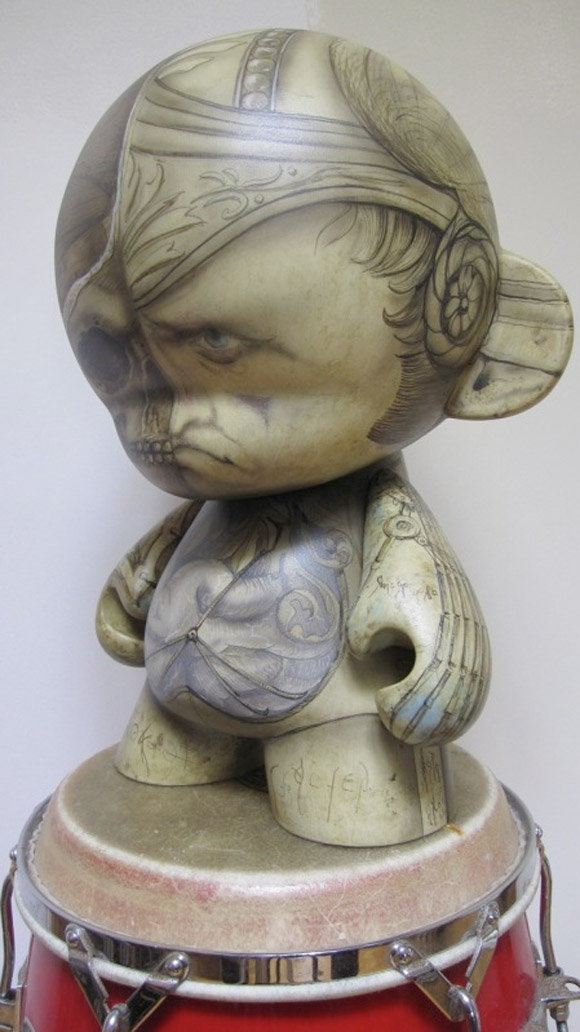 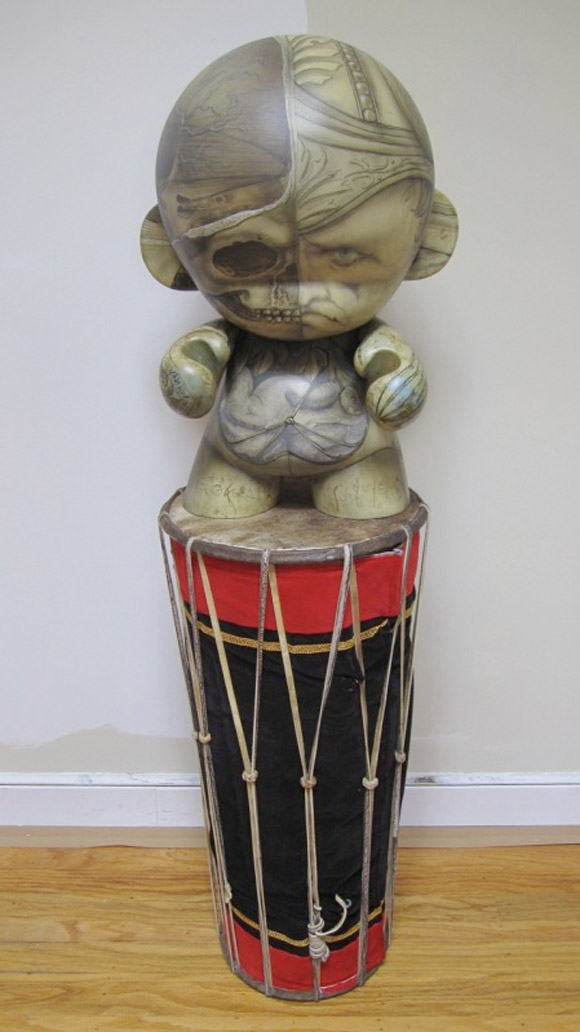 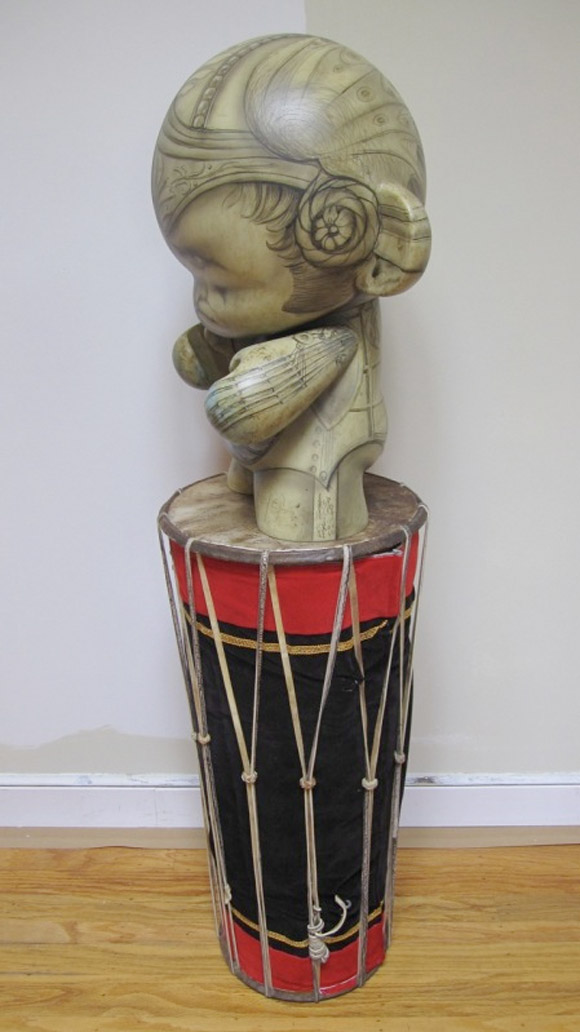 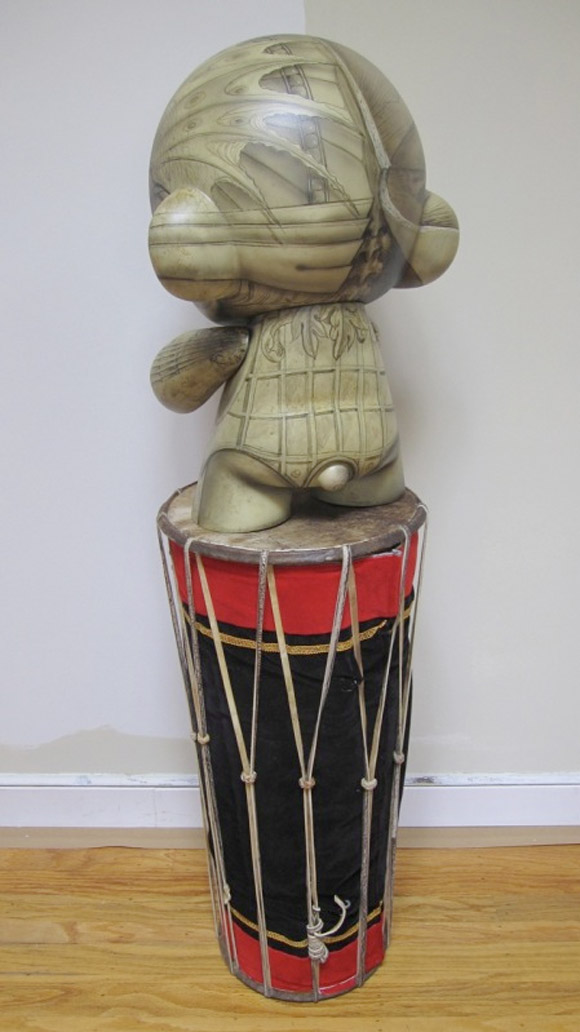 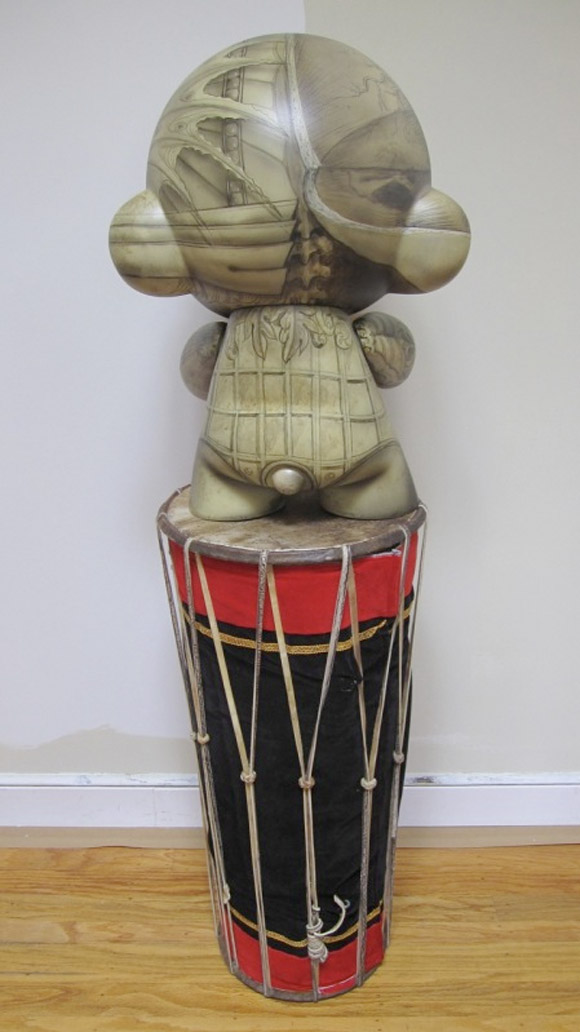 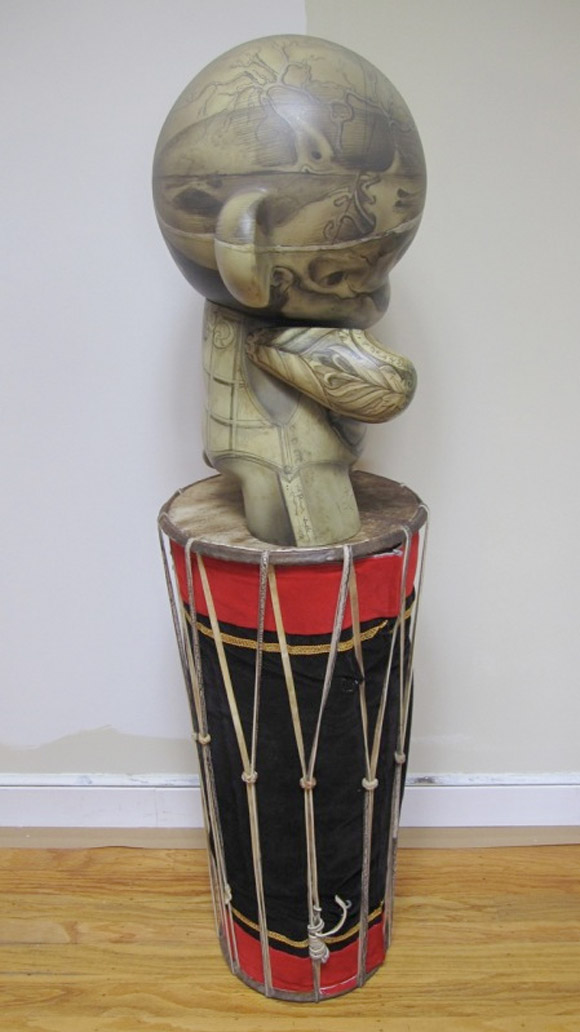 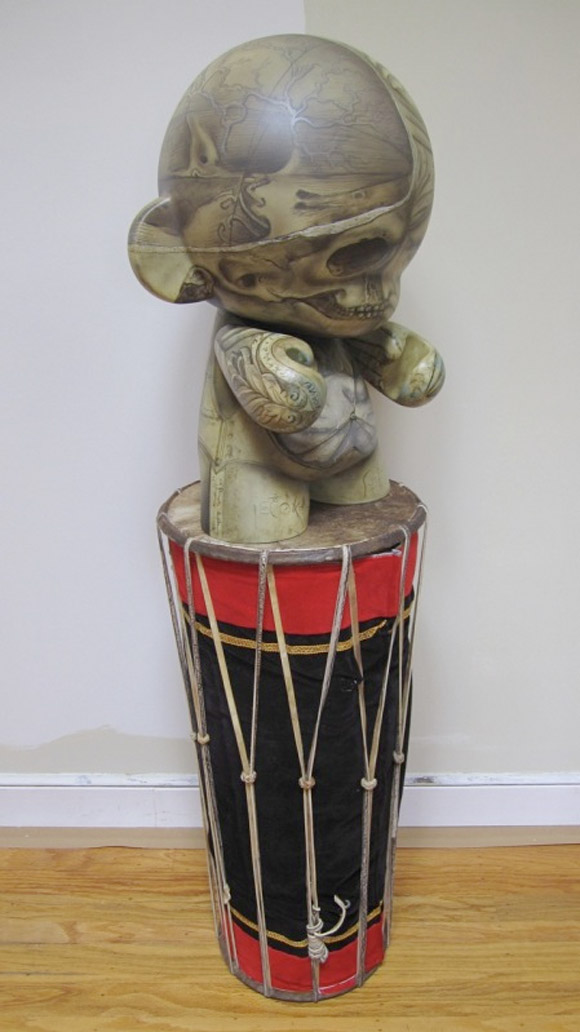 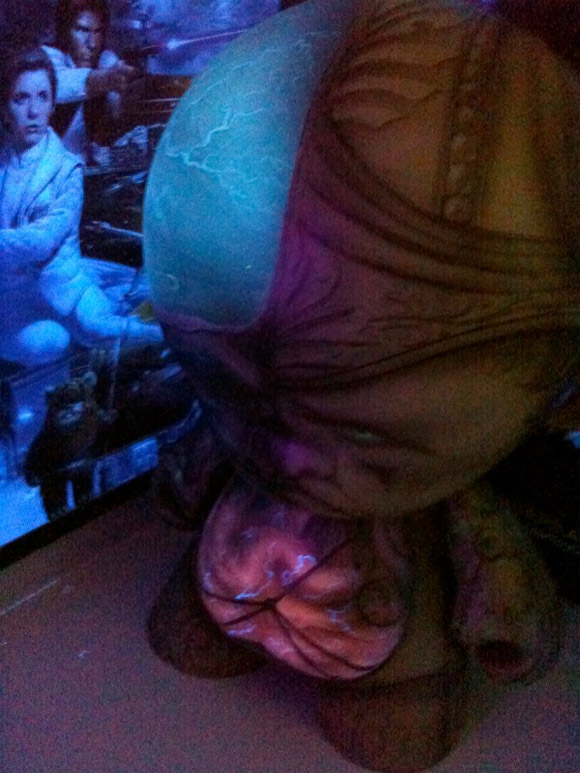