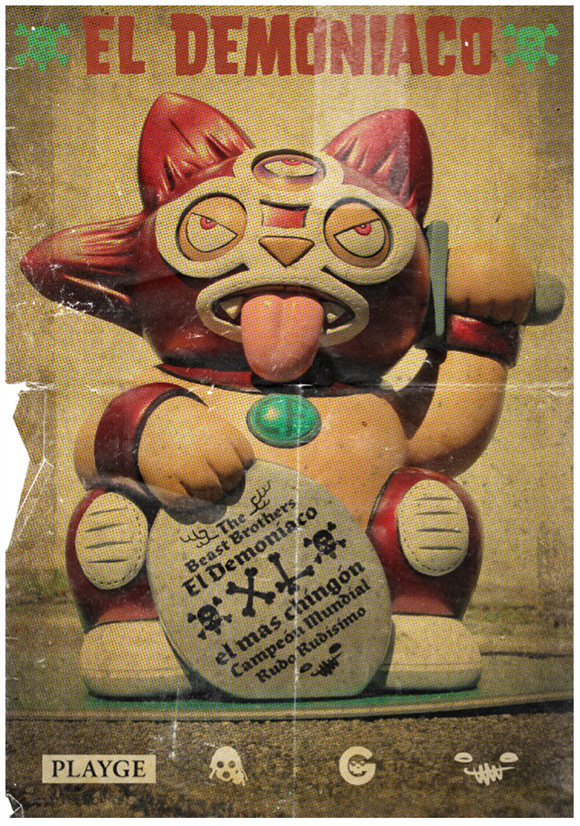 Introducing El Demoniaco, a one of a kind Misfortune Cat created by the talented twins, The Beast Brothers. This brilliant feline luchador was created for the birthday of friend and owner of Playge, Ferg.

The Beast Brothers don’t just design stunning custom toys, they document the work in progress very thoroughly. Indulge in this edition of Custom Control with a massive amount of studio shots and cool video.