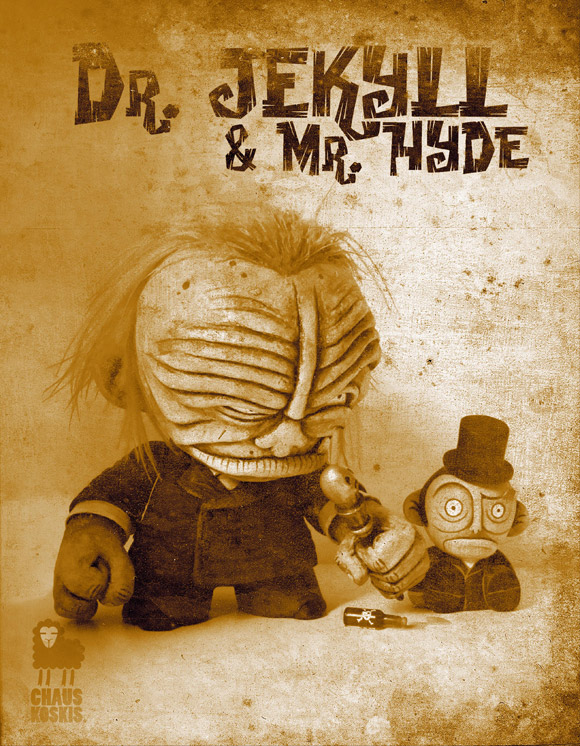 In this edition of Custom Control, we take a look into the work space of the amazing custom artist, Chauskoskis aka Walter Jacott. He has transformed a 7-inch MUNNY with a teddy bear accessory into the dark tale of Dr. Jekyll & Mr. Hyde. Admire his skill and patience as he documents each step of the work in progress. Get inspired by more of Chauskoskis’ custom art toys over on his Flickr page.