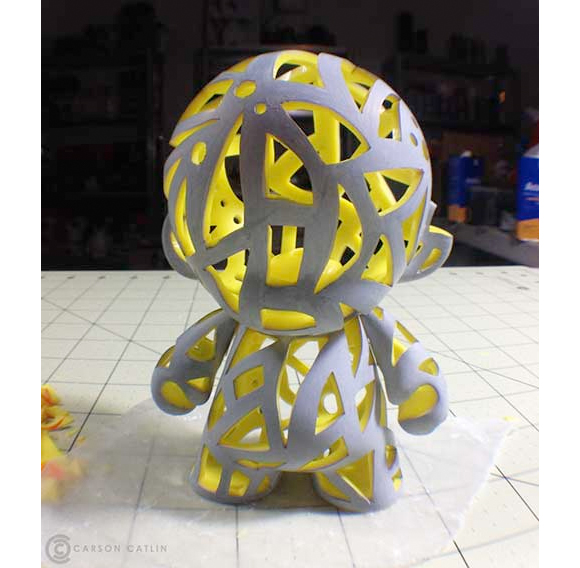 Have you ever wondered how Carson Catlin does it? The steady handed Missouri-based customizer shows off his tedious technique in this sick time lapse video. The new “reticulated” custom Mini MUNNY was created to help boost Carson past the 500 follower mark on Twitter and to celebrate he gave this awesome little custom away. Even though the mission was accomplished, it’s still recommended to follow him on Twitter @carsoncatlin.

reticulated from Carson Catlin on Vimeo.