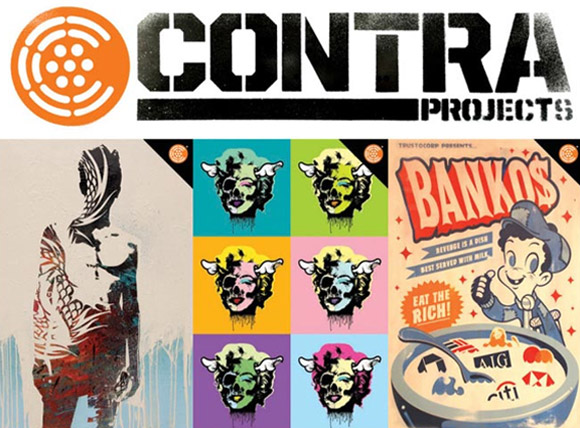 This year during Art Basel in Miami, Detroit artist Tom Thewes of CPOP Gallery is launching a new art project featuring some of street art’s heavy hitters called Contra Projects. This new initiative will debut at Primary Flight with numerous activities throughout the Wynwood Arts District in Miami including the work of Ron English, Bask, Dalek, Tristan Eaton, Tes One, D*Face, Mr Jago, TrustocCorp and Tom Thewes. There will be tons of shenanigans including a Contra Tent, numerous murals and the TrustoLand carnival installation. Contra Projects will take place from Thursday, December 2 to Sunday, December 5 from 12-7pm. Check out the Primary Flight map for more details of exact locations. 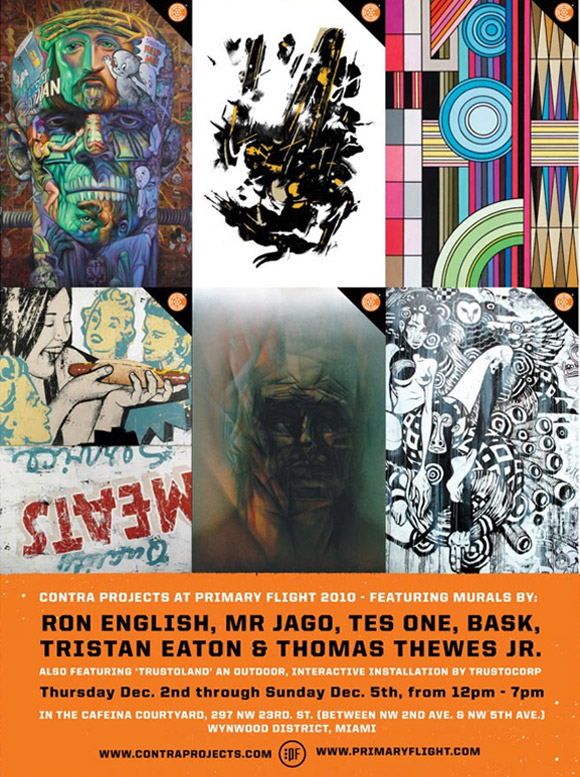