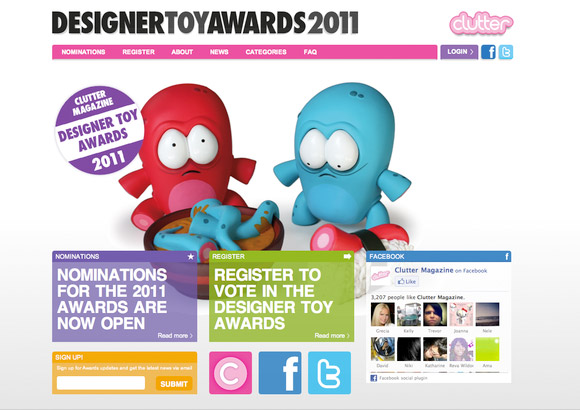 The cool cats over at Clutter Magazine are proud to announce the first annual International Designer Toy Awards (DTA). This monumental celebration of who’s who in the art toy world will be announced during this year’s San Diego Comic Con. Nominations are being made right now for the 22 various categories celebrating creativity, innovation, artists, designers, customizers, manufacturers and more. You will be able to place your votes for select categories while a handful of others will be chosen by the esteemed DTA Board. Hit up the designertoyawards.com to make your nominations and get more details.