Cast In Plastic At Domy Books In Houston 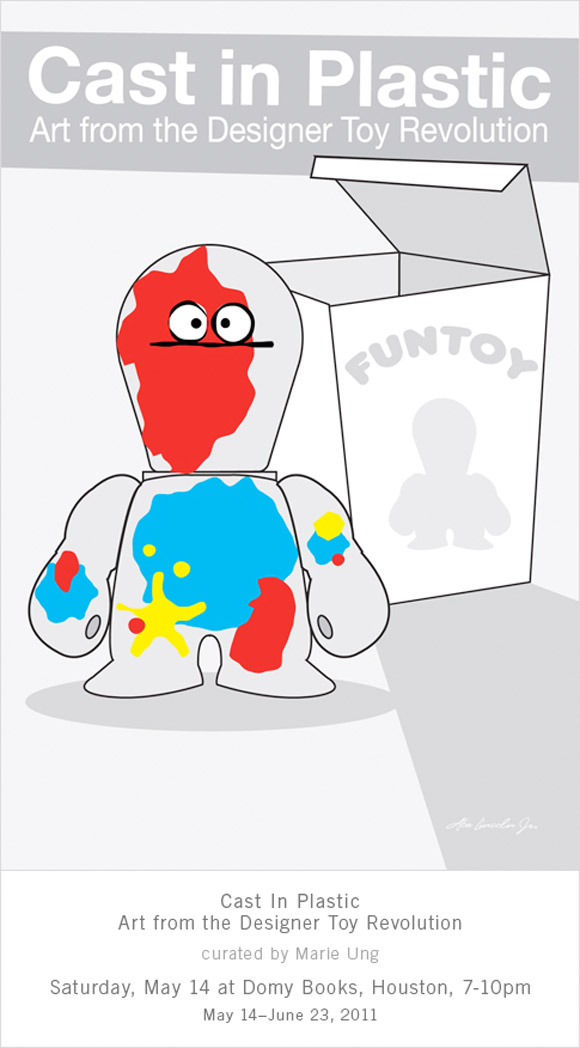 The designer toy revolution is about to make a big splash in Houston tomorrow night with the group show Cast In Plastic at Domy Books. This open platform independent custom toy show is curated by Marie Ung and will feature 30 of the finest customizers in the vinyl community. The opening is tomorrow night Saturday, May 14 from 7-10 pm and will  be on display through June 23.  You can also join the conversation and be friends on the Cast In Plastic Facebook page here. 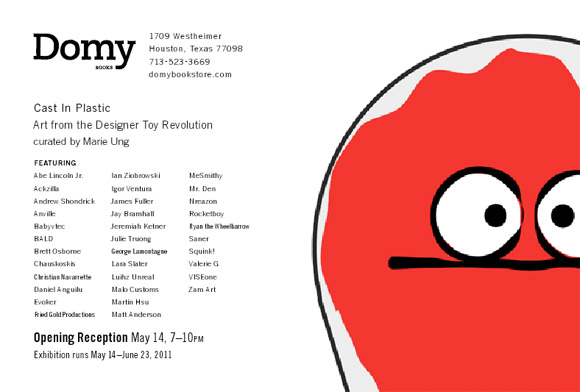 The post Cast In Plastic At Domy Books In Houston appeared first on Kidrobot Blog.