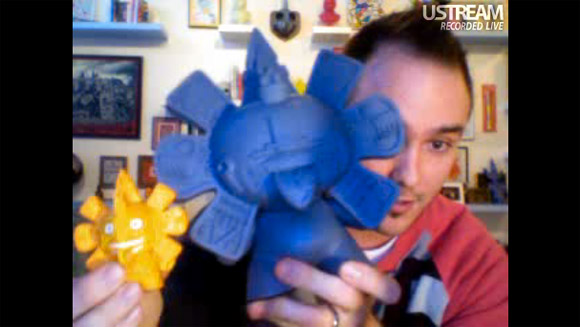 Carlos East of The Beast Brothers was hombre de la hora last Friday as he broadcast LIVE on our Dunny Azteca II website. Carlos chatted with fans and friends while answering questions of what inspires his art, what it’s like being an actor/ artist and he shared the prototype for The Beast Brothers upcoming Calendario Azteca custom 8-inch Dunny releasing in February. Relive the webcast once again, accent and all.