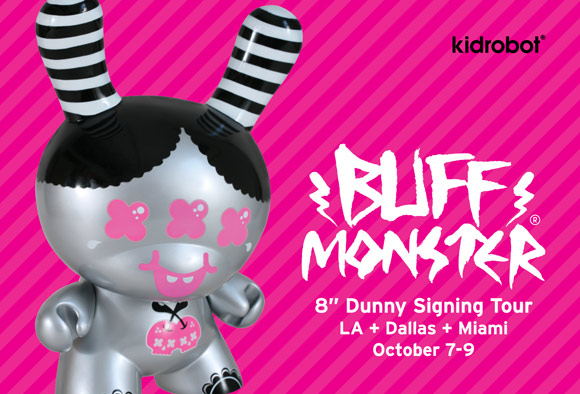 Meet LA street artist Buff Monster as he signs and celebrates the release of his super happy 8-inch Buff Monster Dunny. He’ll be serving up heavy metal and ice cream inspired flavor to the masses in Los Angeles, Dallas, and Miami.

The Buff Monster Dunny will be released in stores at 6pm on the day of that store’s signings and Thursday, October 8, at 11am PST at Kidrobot SF, and 11am EST at Kidrobot NY and on kidrobot.com.