LA artist, Buff Monster has crossed the pond for his solo show Reign Of The Pink at StolenSpace Gallery in London and passing through he couldn’t resist adding his sweet pink flavor to the colorful streets of Bristol. Reign Of The Pink opens tomorrow Friday, April 29 and will be on display through May 29. 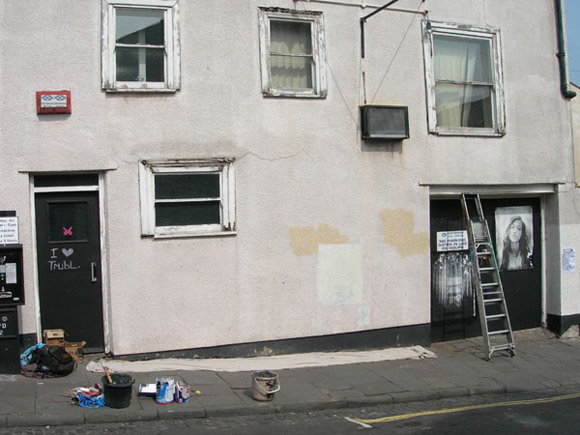 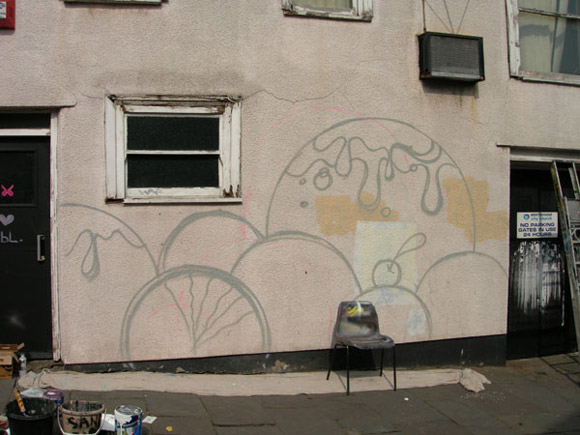 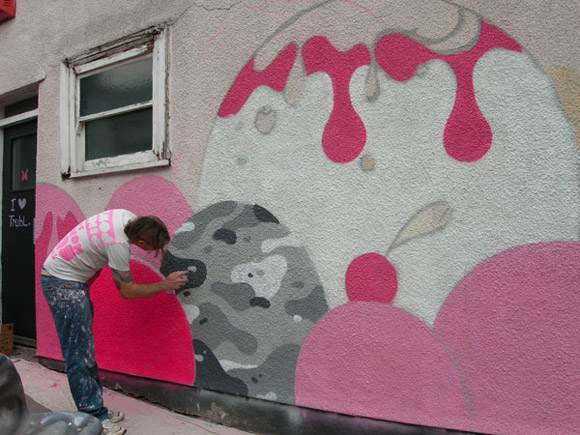 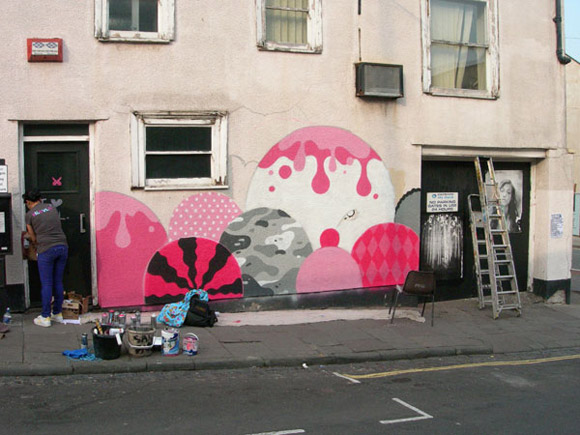 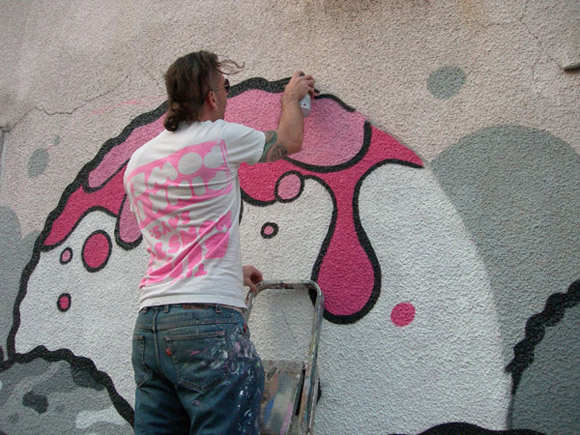 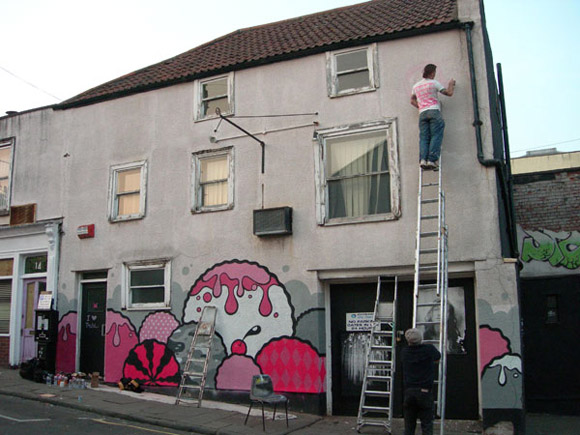 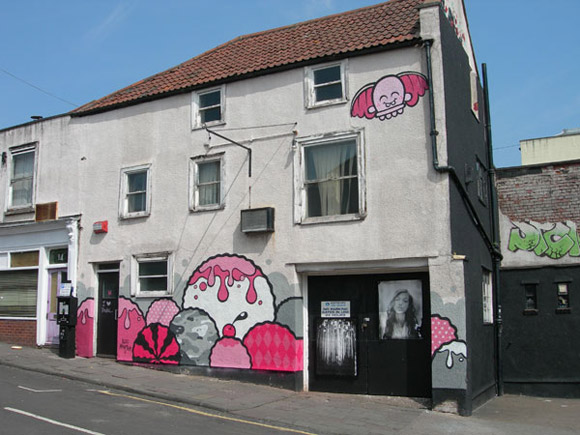