Behold the Glory of the Dunny Azteca Empire…Reborn! 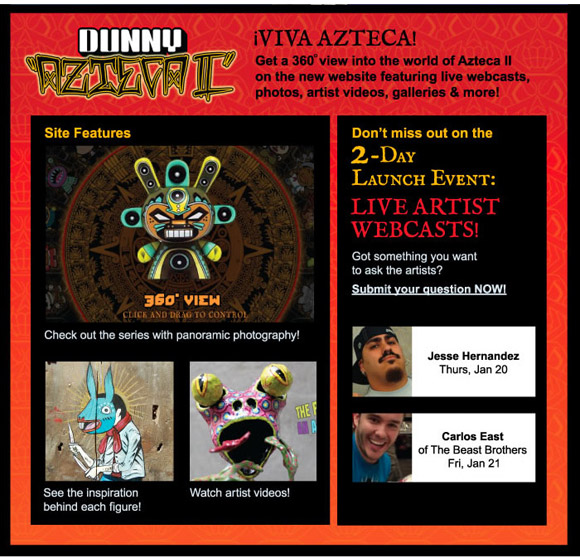 The second coming of the legendary Dunny Azteca empire is quickly approaching. To celebrate this monumental series, Kidrobot presents a 360º view into the world of Dunny Azteca II with a new interactive website featuring artist inspirations, photos, videos, a LIVE webcast and more. 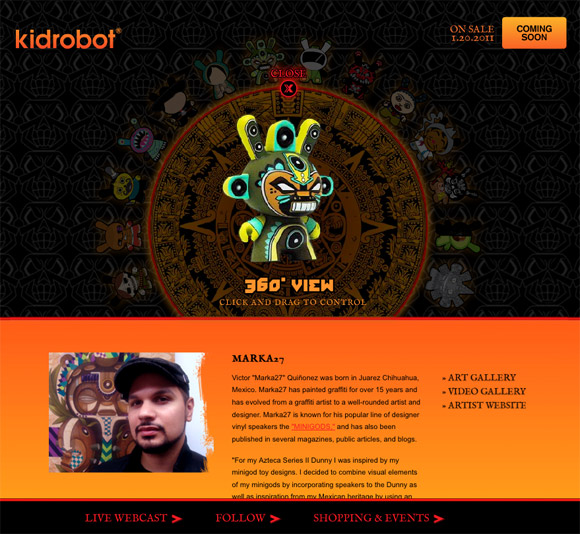 Get to know the artists behind Azteca II and their inspirations for each Dunny design with photo galleries and videos. Take a spin of your favorite Dunny design with our 360º rotational view controlled by you. 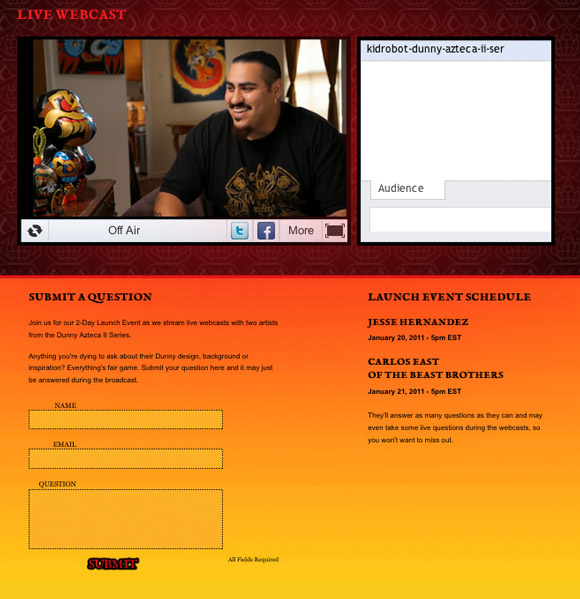 Join us for our 2-Day launch event as we stream live webcasts with Azteca artists Jesse Hernandez on Thursday, January 20 at 5pm EST and Carlos East of The Beast Brothers on Friday, January 21 at 5pm EST. Ask them about their Dunny design, background or inspiration. Submit your question and it may just be answered during the broadcast. They’ll answer as many as they can and may even take some live questions during the webcasts. Don’t miss out! 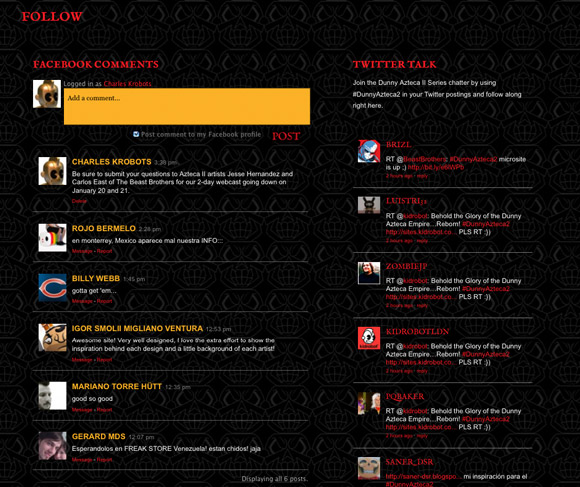 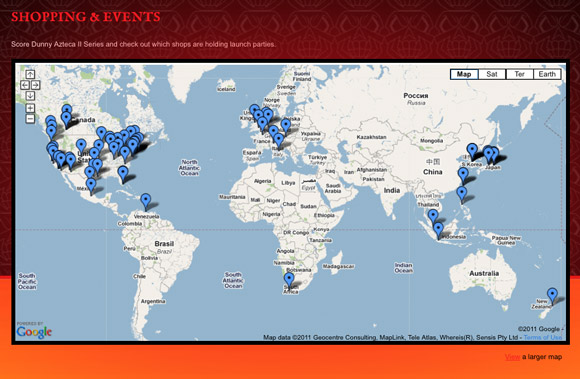 Get down with Dunny Azteca II and check out which shops around the world are holding launch parties. Find your closest location with our world wide Google map.

The post Behold the Glory of the Dunny Azteca Empire…Reborn! appeared first on Kidrobot Blog.