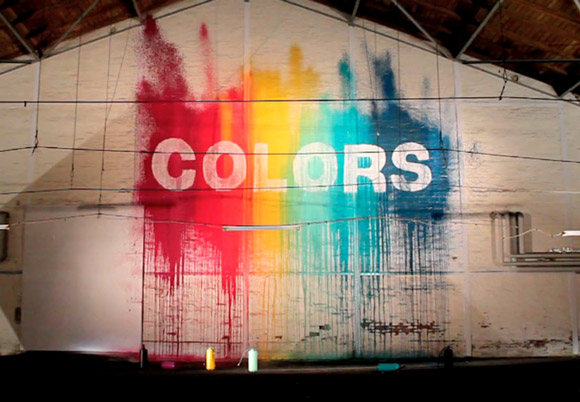 True Colors by QuintessenzCreation is an up beat stop motion mural using an old technique with a new style. This animation spreads like a digital disease through out an abandoned building set to music by Pretty Lights. It took 4 months of hard labor to hand make this stop motion movie with over 5,000 pictures, no digital effects and artificial light. Check out more of QuinttessenzCreation videos here.