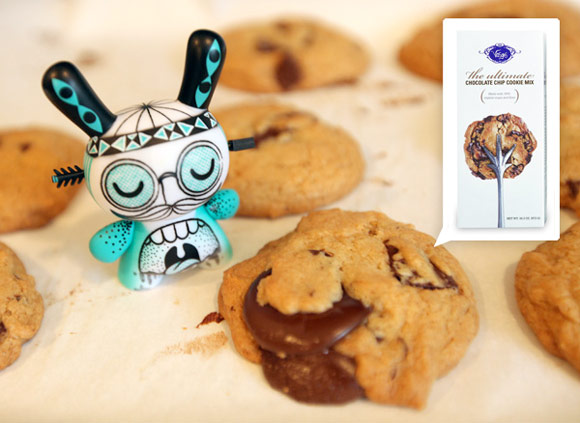 The counter culture connoisseurs over at NOTCOT.com have recently featured some of the 2Tone Dunnys in a cookie experiment. Used as a frame reference to show the enormous size of the portions recommended in Vosges ULTIMATE Chocolate Chip Cookie Mix. What a sweet review on two of my favorite addictions. 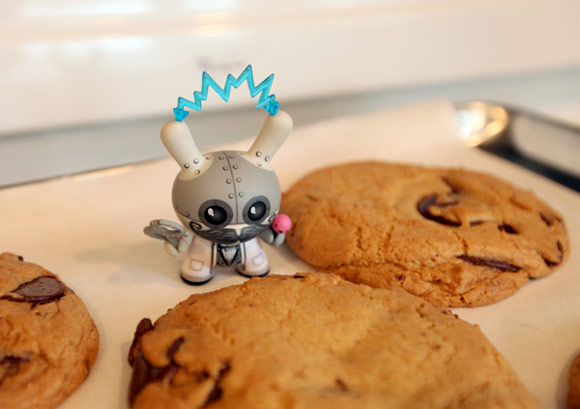 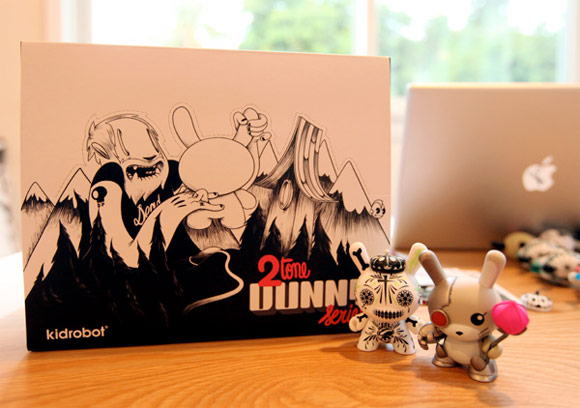